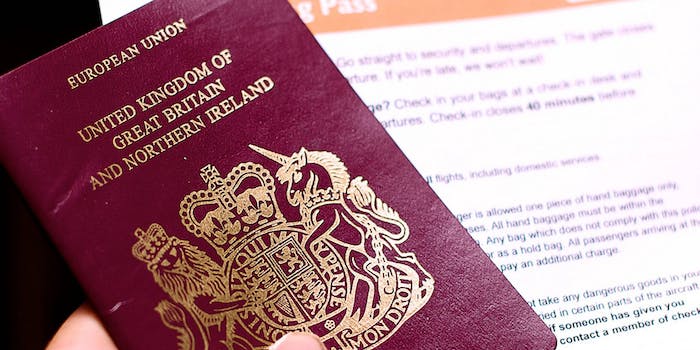 Scottish game developer on his way to GDC says the U.S. is denying him entry

Malath Abbas of Quartic Llama games says he's stuck in Canada after his entry to the U.S. was denied.

A prominent Scottish indie game developer says he has been denied entry into the U.S. for this year’s Game Developers Conference because he visited family in Iraq two years ago.

Malath Abbas is a founding partner of independent game studio Quartic Llama (though he wasn’t acting as a representative of the studio on this trip) and a board member of the Independent Game Developers Association of Scotland. He said he was on his way to attend the Game Developers Conference, one of the most important industry events of the year, in San Francisco when delays caused his flight to divert to Canada. Once in Vancouver, however, his application for admission into the U.S. was allegedly flagged and withdrawn by the Department of Homeland Security.

#GDC16 trip taken another turn for the worse. Can't enter US on British passport because I travelled to Iraq 2 years ago to see family ;/

When the Daily Dot reached out for comment, Abbas elaborated:

I’ve travelled to the U.S. in the past and being a British citizen it was a breeze. The requirement is a simple ESTA (Electronic System for Travel Authorization) application which costs $15. I followed the procedure and received the approval well in time for my trip. After flight delays caused me to divert from to Canada, I finally made it to the final leg of my journey. In Vancouver I spoke to U.S. Homeland Security and Customs who flagged up an issue. After 40 mins of questioning, it transpired that the ESTA rules had changed significantly for anyone with a connection to a number of countries in the Middle East and Africa with serious security issues. I am originally from Iraq and went to visit my family for the first time in 25 years in 2013. Sadly, this was enough to reject my ESTA application and deny me access to the U.S. The officers treated me well and they were doing their jobs. Very pragmatically and offering as much advice as possible.

As of now, Abbas said he is going to try and work with the U.S. Consulate to acquire a tourist visa.

visiting US consulate first thing tomorrow morning to try and resolve it. Fingers crossed I make it to SF tomorrow otherwise back to UK.

The increased stringency from the side of U.S. Homeland Security and Customs come from new measures pushed by the Obama administration following the Paris attacks from late last year. The White House put greater oversight on those entering from countries that are considered “terrorist safe havens.”

Abbas is currently working on Killbox, a game about drone warfare in which the player plays as a drone operator. Abbas hopes to explore the complexities of using technology to expand military power as well as the abstraction of killing through virtualization.

Romana Ramzan, a lecturer at Glasgow Caledonian University and friend and colleague of Abbas, told the Daily Dot in an email:

I was deeply shocked and disappointed. Mal is a stalwart of the games industry in Scotland. This is something that hits close to home and actions like these will discourage bright young individuals from contributing to the wealth of knowledge share at events like GDC.

Abbas still hopes to make it to GDC, which starts today, if he can get the issue resolved. The Daily Dot reached out to the Department of Homeland Security for comment. This story will be updated with any response.