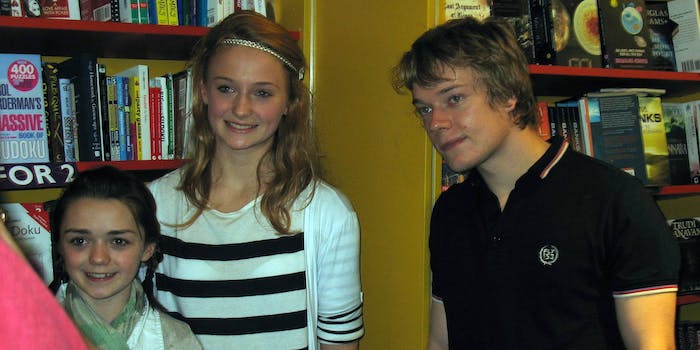 Sansa and Arya Stark weren’t exactly on the best of terms the last time they saw each other in Game of Thrones’ first season, but it’s a completely different story for the actresses who play them—which results in some pretty great photos.

Maisie Williams and Sophie Turner’s real-life friendship grew on and off the Game of Thrones set over the years, sparking plenty of interest for their fans as well as their own portmanteau: Mophie. They even got matching tattoos that read “07.08.09,” signifying the day they found out they were cast on Game of Thrones.

They often share photos and videos on social media, but sometimes their fans request them, which Williams supplied this week when asked by a fan.

Their Face Swap game is on point. If you’re not following them already, what are you waiting for?