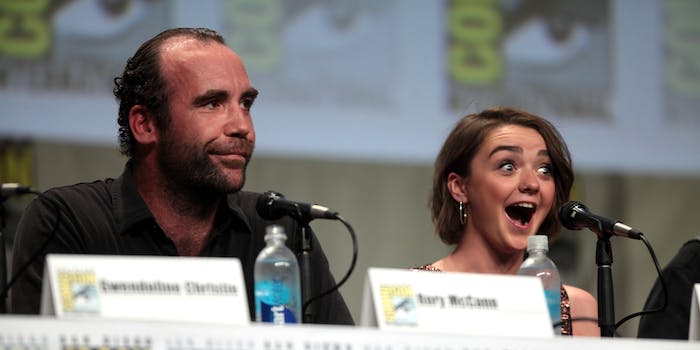 What do we say to the God of Death? Not today.

This episode contains spoilers for the Game of Thrones season finale.

We know how Arya Stark would’ve handled learning about her half-brother’s death at the hands of the Night’s Watch. She’d just add them to her revenge hit list. But Maisie Williams had a much different reaction when she learned about it.

Maisie did a Twitter Q&A on Monday after the season finale aired, and fans could finally ask her the sorts of things about the show and her character that she wasn’t allowed to speak about before. That included how she felt about Jon Snow’s untimely death.

The response is great on its own, but once you look back to how she handled the Red Wedding (as well as our general reaction to it), it all makes perfect sense.

She also touched on her favorite line, how that scene with Meryn Trant went, who she’d bring back from the death, and some solid career advice for the future assassin, whose path has just been delayed.

@benzosdrug @GameOfThrones try harder to not kill ppl ur not suposed to. the faceless thing could be a good thing 4 u, try harder dammit

But she wasn’t the only one having fun on Twitter. While the episode aired, actors Miltos Yerolemou and Ian Beattie—who played Syrio Forel and Meryn Trant respectively—had a playful back-and-forth when the Braavosi water dancer finally got avenged after his death back in season 1.

Eventually, Williams joined in on the fun.

@Maisie_Williams @ianbeattie_ian oh my fucking God. Of death. Not. Today.