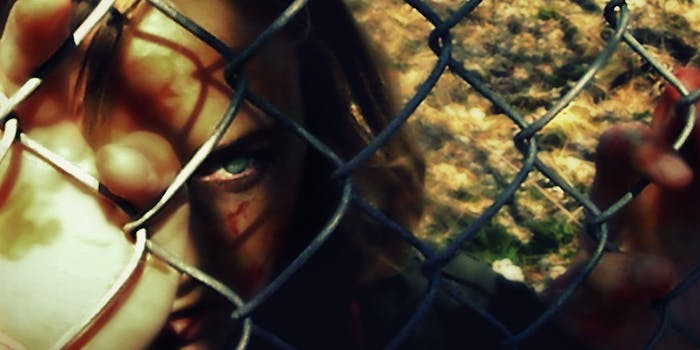 Bring on the zombie babies.

Good news, zombie lovers: Maisie Williams is in talks to star in the film adaptation of The Forest of Hands and Teeth, the best zombie apocalypse horror novel you haven’t read yet.

The Game of Thrones star is negotiating for the lead role in the new production, helmed by British actress Kate Maberly, who’ll be writing and directing her first feature film.

The Forest of Hands and Teeth is a bestselling 2009 Young Adult horror novel, the first in a series by author Carrie Ryan. Set in a post-apocalyptic future, the concept is an attention-grabber: 28 Days Later meets The Village.

100 years after the zombie apocalypse, the world as our heroine Mary knows it is completely isolated. She’s only experienced life in her walled-off colonial village, linked only to the outside world by a mysterious fenced-in corridor meant to shelter travelers from the flesh-eating population in the woods outside, known as the Unconsecrated. Mary has often dreamed of knowing if the long corridor leads to the ocean, and leaving the safety of the village for something new. The arrival of an outsider named Gabrielle brings change and terror to her town, and forces her to make a life-altering choice about whether to venture into the forest of hands and teeth.

Ryan’s book is full of memorable imagery, characters, and moments of spine-chilling horror. You’ll come for the concept, you’ll stay for the zombie baby.

Naturally we’re excited that Williams will be tackling the main character. Depending on who’s up for the role of Gabrielle, The Forest of Hands and Teeth could be a pretty kickass girl-centric film to look forward to. And did we mention the zombie baby?

There’s no word on when the film will be entering production, so you have time to prepare for the excitement of seeing Arya Stark battling zombies on screen. In the meantime, here are a few fan films of the book to give you a taste of what’s to come. (Zombie baby!)

Illustration by gracelingfate/deviantART (CC BY ND 3.0)