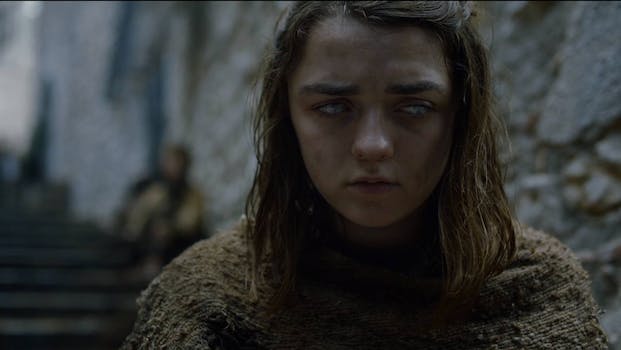 Maisie Williams stopped by a ‘Game of Thrones’ premiere watch party, and people freaked out

The party starts when No One walks in.

A Game of Thrones premiere party is bound to be a great night for everyone involved) unless the inevitable twist ending guts you), but one group of friends at a watch party had the night of their lives when No One showed up.

Maisie Williams was in Los Angeles on Sunday night during the Game of Thrones season 6 premiere, and to start off her night, she asked if any UCLA students were holding a premiere party, promising them a surprise.

ANY @UCLA STUDENTS HAVING A VIEWING PARTY IN WESTWOOD OR THE GROVE? TWEET A PICTURE OF YOUR PARTY USING #GameofThrones FOR A SURPRISE 😱

In response to Williams’s call for photos, UCLA film students Marcus and Kate Patterson invited the actress to join their party.

The night quickly turned into the sort of adventure that most fans could only dream of experience, told in a series of Instagram photos. It’s a like a Twitter megathread, but instead you have to scroll through Williams’s Instagram account to understand it.

She traveled to Marcus and Kate Patterson’s party in a disguise, but first she went out to buy popcorn and chips—because what kind of house guest shows up to a party without something to contribute?

Williams worried people wouldn’t be able to recognize her, but given that she didn’t fool any fans at a comic-book shop earlier in the week, she probably had nothing to worry about at this party.

When people saw her, they were floored. They took pictures and ate plenty of the delicious-looking food, and all in all, it seemed like a great night for everyone involved.