Best realtor ever has Magic: the Gathering-themed business cards

If you’re looking for a home and want something on the legendary end of the market, then you might want to summon this realtor.

Donna MacAulay, a real estate agent for RE/MAX in Ottawa, Canada, has some great geeky business cards inspired by the trading card game Magic: the Gathering. The cards state that she can “help planeswalkers find homes from the reaches of Orleans to the hills of Kanata.”

According to the Ottawa Citizen, the idea for Magic-themed business cards came to MacAulay after she saw another realtor with baseball-inspired business cards at a Las Vegas conference. MacAulay plays Magic with friends and in tournaments, and dropped her cards off at a Wizard’s Tower comic book store. The cards quickly gained attention after being posted on Reddit and Imgur. 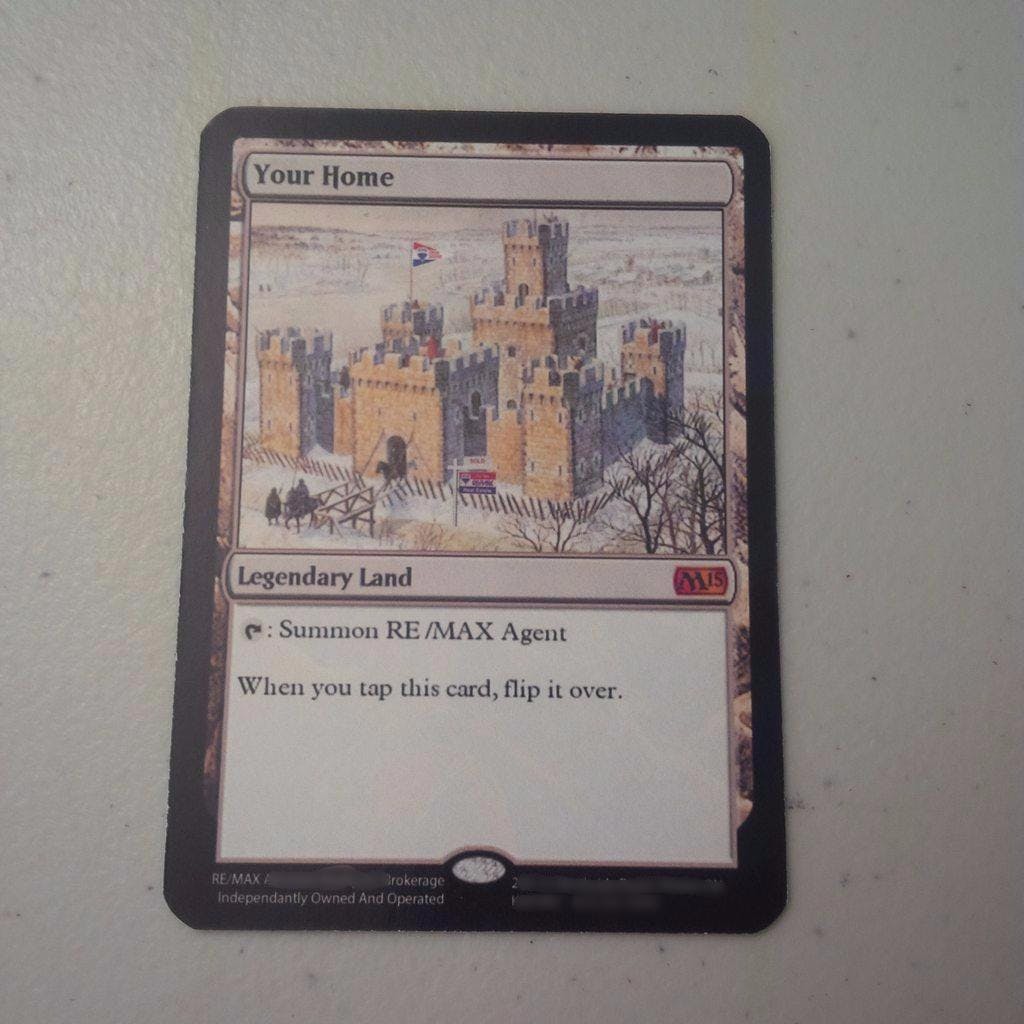 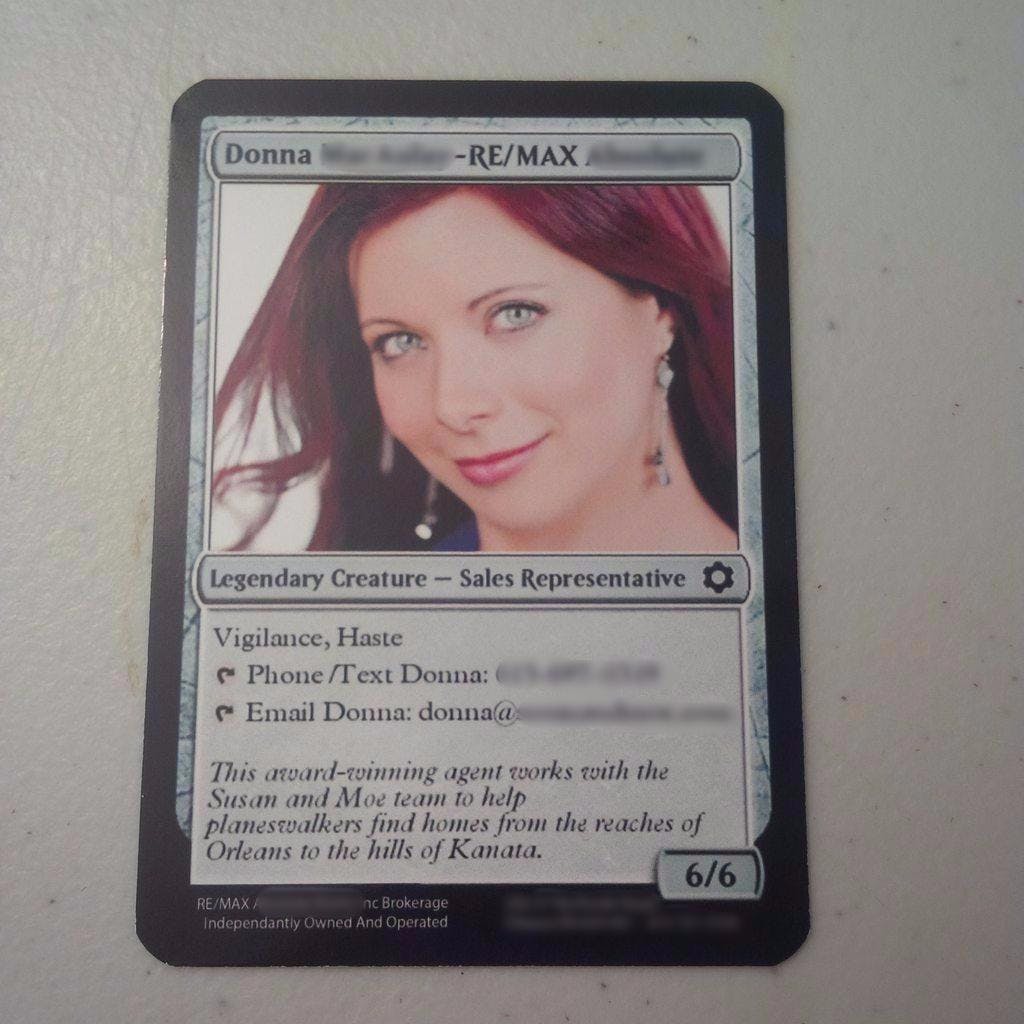 The cards have apparently been good for business so far, with MacAulay telling the Ottawa Citizen she’s had “a bunch of leads.” MacAulay also said she may expand the geeky theme in her marketing, so keep your eyes open for more from this “Legendary Creature—Sales Representative.”