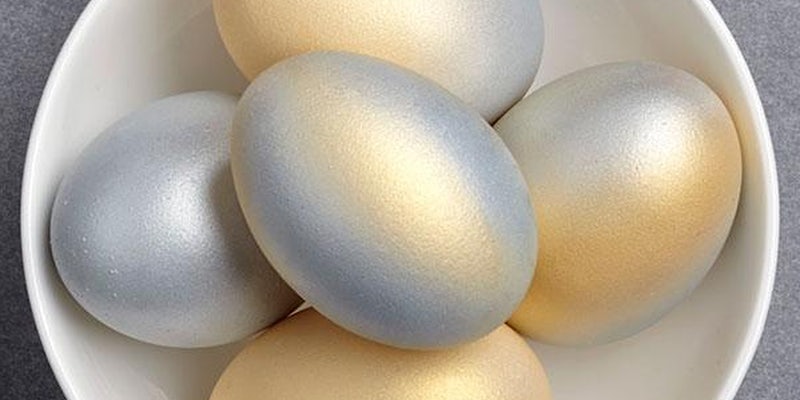 "Will this product ensure my path to Valhalla?"

Mad Max: Fury Road continues rampaging its way through the cultural nexus like Charlize Theron driving a rusty semi through the Namibian desert.

Now, in addition to the perfect storm of critical acclaim and fan love—it’s currently sitting at No. 30 on the IMDB Top 250—and the requisite list of clever remixes, mashups, and Tumblr memes, comes the Amazon product review.

Amazon’s review pages have a long and glorious tradition of being gamed and trolled, usually for acerbic political commentary or for the lulz. But Mad Max geeks aren’t fooling around—they’ve focused their trolling on a product that represents the intensity of the film itself: Wilton Silver Color Mist.

But wait, you ask. Isn’t this a food-coloring product? Isn’t it used for cake decoration?

Oh, no, my friend. This is your gateway into Valhalla—as every Warboy knows.

In other words, this silver cake topping nicely recreates the bizarre chrome paint that the film’s “Warboys” sprayed their mouths with right before doing something obviously suicidal.

“Witness me!” they cried—and so cry these hilarious reviews. 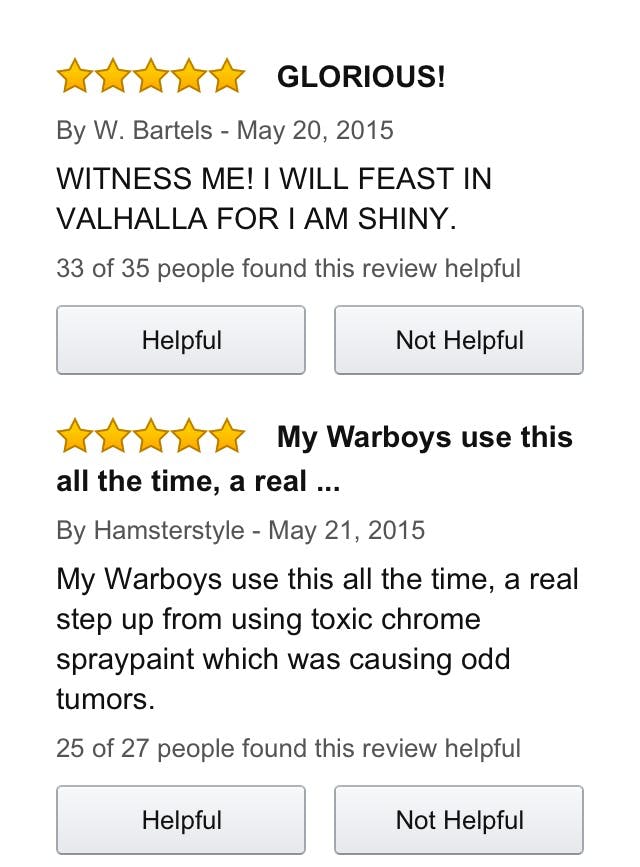 We don’t know what product was used as the chrome spray in the film, but the Wilton Silver Mist first came into association with Fury Road just after the film’s opening weekend, on a 4chan thread about cosplaying as a Warboy. On Tuesday, Tumblr user schwarmerei1 observed that Mad Max had apparently caused a “cake decorating crisis,” noting, “The fact that Wilton is out of stock for silver makes me suspect cosplayers are on it.” The silver color product is currently on backorder on the Wilton website through June 6th.

Had schwarmerei looked at the reviews for the product on Amazon, their suspicions would have been confirmed: 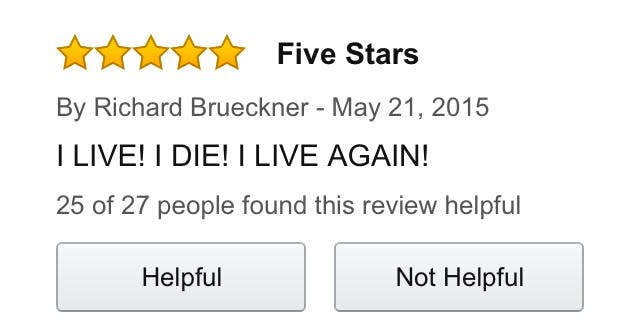 What a lovely day- @WiltonCakes has all of your War Boy needs sorted! #MadMax

As for Wilton, its Twitter account has been suspiciously quiet since the onslaught of Mad Max cosplayers—its last tweet was on the May 14, the day before the film’s domestic U.S. release.

Perhaps the company is grappling with the question of how to incorporate this new hardcore fan interest into a product formerly used as a tool for producing “candy melts” and “shimmering easter eggs:”

In the meantime, the Warboys have already moved on—they’re currently giving the same treatment to the Amazon reviews for Chefmaster Edible Spray.