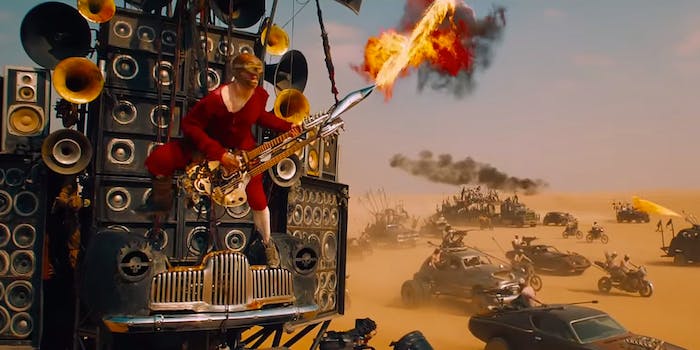 ‘Mad Max: Fury Road’ gets an Honest Trailer that’s as good as the film

It really *is* like a two-hour Mario Kart game from hell.

We never doubted that the acclaimed Mad Max franchise revival would stand up to the withering scrutiny of the Honest Trailers series, but we also didn’t realize how much we needed a rundown of everything that’s too good to believe about the film—like the director of Babe 2: Pig in the City giving us a practical-effects smorgasbord and the feminist superhero that is Furiosa.

There’s also a compendium of Tom Hardy grunting, and what is perhaps the best in-context reference to that Darude meme that you will ever seen on YouTube. What more do you need?

Looks like we’re going to be rewatching the Fury Road Honest Trailer as many times as we rewatched Fury Road itself.