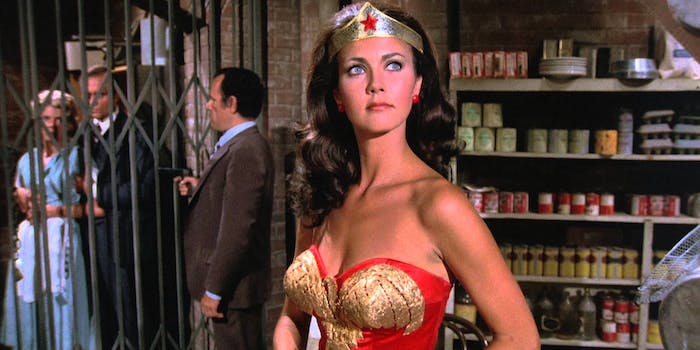 Original Wonder Woman star Lynda Carter has a bone to pick with James Cameron. After hearing his criticism of Gal Gadot in the new movie, Carter hit back in a Facebook post describing his comments as “thuggish.”

In two separate interviews, James Cameron characterized Wonder Woman as a step back for women in Hollywood, saying that it sexualized its lead character. Director Patty Jenkins provided a clear rebuttal to his remarks last month, but Lynda Carter was much more forthright. Her tone was basically “angry Facebook mom,” which is, quite frankly, very satisfying to see.

“Perhaps you do not understand the character. I most certainly do. Like all women—we are more than the sum of our parts. Your thuggish jabs at a brilliant director, Patty Jenkins, are ill advised. This movie was spot on. Gal Gadot was great. I know, Mr. Cameron—because I have embodied this character for more than 40 years. So—STOP IT.”

Since James Cameron is one of the most over-confident mansplainers in Hollywood, we expect he’ll return soon enough with further Wonder Woman comments. But it’s pretty clear that he’s already lost this argument.