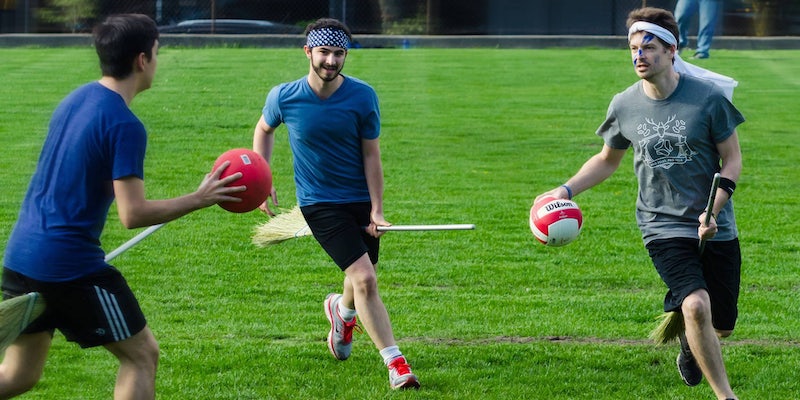 Quell your curiosity for the game made famous by Harry Potter.

Combining elements of basketball, rugby, and hide-and-seek (the golden snitch is played by a human player), muggle quidditch is marvel of geek ingenuity. And on the weekend of Nov. 12-13, you can livestream some real games online.

Competitive quidditch is serious business in college campuses across Canada and the USA, and is growing in popularity worldwide.

There are now multiple national and international tournaments, including this weekend’s Canadian regional championships, which you can watch on SportsCanada’s livestreaming site. More than 20 games will be broadcast, with live commentary throughout.

For many Harry Potter fans, real-life quidditch is a fun idea that probably inspires some curiosity, but seems too inaccessible to really get involved. Livestreaming is a good way to casually dip your toe into the world of muggle quidditch, without having to track down your local league.