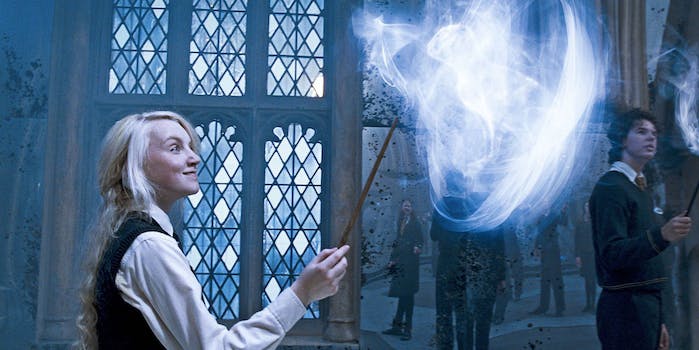 What am I supposed to do with a damn salmon?

The Patronus test is cool but frustratingly enigmatic, offering a wide range of animals based on a series of questions you answer by “instinct.” Fans have reported receiving everything from Bassett Hounds to mythical creatures like an Abraxan Winged Horse. But Evanna Lynch’s Patronus was not one of the cool ones.

The tragic thing is Salmon was my second (more centred, instinctive) attempt. My first time taking the quiz I got a GREYHOUND. Don't even.

My sad lil salmon would make me cry &feel bad things & doesn't that defeat the whole point of a patronus?! WHERE IS MY FIERCE LION PATRONUS

For everyone else who got a salmon in the Patronus test, Twitter user @iiiiiiisabelle has some comforting words about the mythology and symbolism of this noble fish.

Even Pottermore itself weighed in on the great salmon debate.

That's a great Patronus, Evanna! Perhaps it's because cats are happiest in the presence of salmon?

Remember, there’s no such thing as a “bad” Patronus! Supposedly.