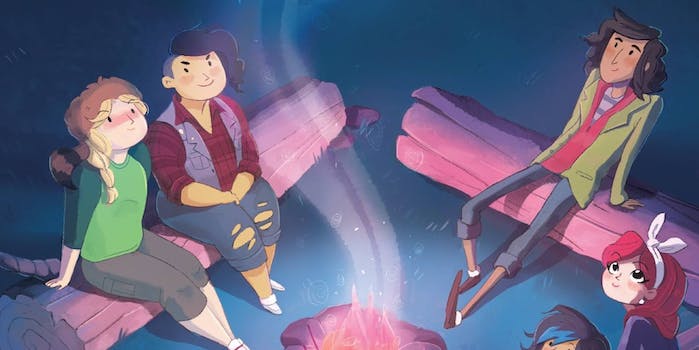 The ‘Lumberjanes’ movie now has a director

The 'Lumberjanes' comics are coming to the big screen.

Created by Shannon Watters, Grace Ellis, Noelle Stevenson, and Brooke Allen, the Lumberjanes comics quickly found an audience among both children and adults. Set in a summer camp, the series features a cast of middle school-age girls who have supernatural adventures in the forest around the camp.

Fox’s Lumberjanes adaptation already has a screenplay written by newcomer Will Widger, and the hiring of Emily Carmichael indicates that the studio is going ahead with the movie.

For those keeping track, this puts Carmichael out of the running to direct Captain Marvel. She was rumored to be on Marvel’s shortlist of possible directors, but is probably too busy writing the Pacific Rim sequel, writing and directing the Colin Trevorrow/Steven Spielberg project Powerhouse, and now working on Lumberjanes.