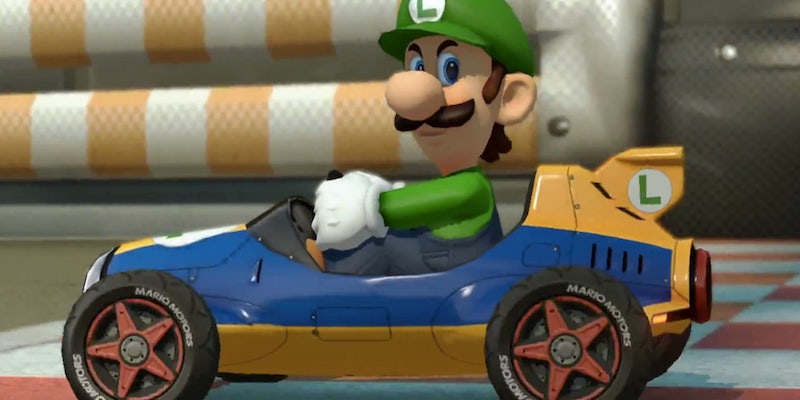 Tryin’ to catch me ridin’ dirty.

Some don’t take kindly to the ravages of meme-based fame, but others roll with it admirably. Nintendo has proved that it can take a joke in its new Japanese trailer for Mario Kart 8 for the Wii U.

Amid the kart-based carnage—boosts, power-ups, drifts, all rendered lovingly in slow-motion—there glides Mario’s brother Luigi: silent, elegant, and giving the viewer the famous Luigi Death Stare. It’s only there for a moment or two, but when you see it, there’s no denying it.

And because everything is better as a GIF, here it is again.

Here’s some background on the Luigi Death Stare, courtesy of the ever-helpful Know Your Meme:

“Luigi’s Death Stare… refers to the odds facial expressions worn by the character of Luigi during gameplay in the eight instalment of Nintendo’s Mario Kart franchise. Upon the release of the game in late May 2014, the character’s creepy gaze quickly became the butt on many jokes and parodies among the fans of Mario Kart.”

That glance of terror even made it to Fox News.

The more you know.