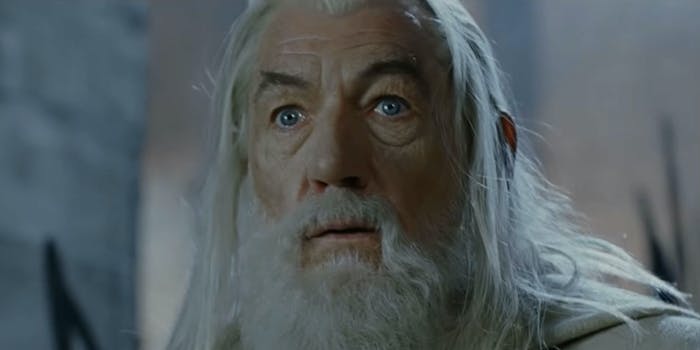 Lots of MMO experience on the development team, but will it be enough?

According to a press release, the Lord of the Rings MMO will be a free-to-play experience set in Middle-earth, 2,000 years prior to the events of Frodo and the Fellowship of the Ring’s journey to destroy the One Ring.

Amazon is quick to clarify that the game will be based on J.R.R. Tolkien’s books rather than director Peter Jackson’s films.

The Lord of the Rings MMO is slated for a release on both PC and home consoles. The game is being developed in tandem with Leyou Technologies, the current owners of the free-to-play Warframe franchise. Middle Earth Enterprises, owners of the rights to the Tolkien properties, is also co-developing, though likely in a supervisory and pre-production sense.

This new Lord of the Rings MMO is the same project that was previously announced by Athlon Games, a subsidiary of Leyou.

The developers of the game include veterans from other MMO and online multiplayer franchises, like Destiny, Everquest, World of Warcraft, Planetside, and others. The same team is also developing Amazon Game Studios’ other original game, New World.

“Tolkien’s Middle-earth is one of the richest fictional worlds in history, and it gives our team of experienced MMO developers—from the same studio developing New World—tremendous opportunity to play and create,” Christoph Hartmann, the vice president of Amazon Game Studios, said in a statement. “We have a strong leadership team in place to helm this new project, and we’re actively growing our team to help build this incredible experience.”

Amazon has also stated that the game will have no connection to Amazon’s planned Lord of the Rings television series, which is expected to star a hot version of Sauron. You read that right. Jurassic World: Fallen Kingdom director. J.A. Bayona just recently signed on to direct the first two episodes of the series.