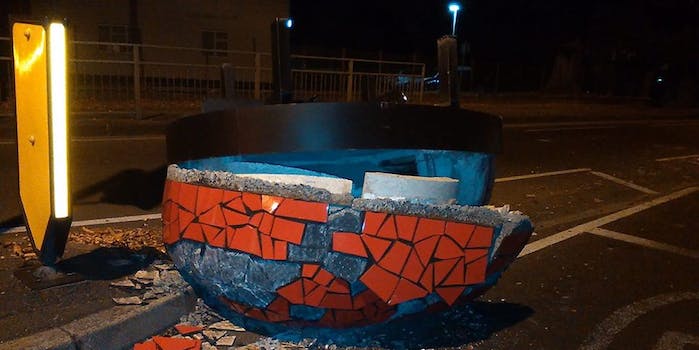 There's the third kind, the fourth kind, and the kind with anchovies.

The London police force almost witnessed a modern-day miracle Friday night when they apprehended an Unidentified Fallen Object in the middle of a Kingston intersection.

Officers who warily approached the gaping mouth of the crash-landed thing in the middle of the street described it as looking like a mini-saucer straight from science fiction (or your nightmares). 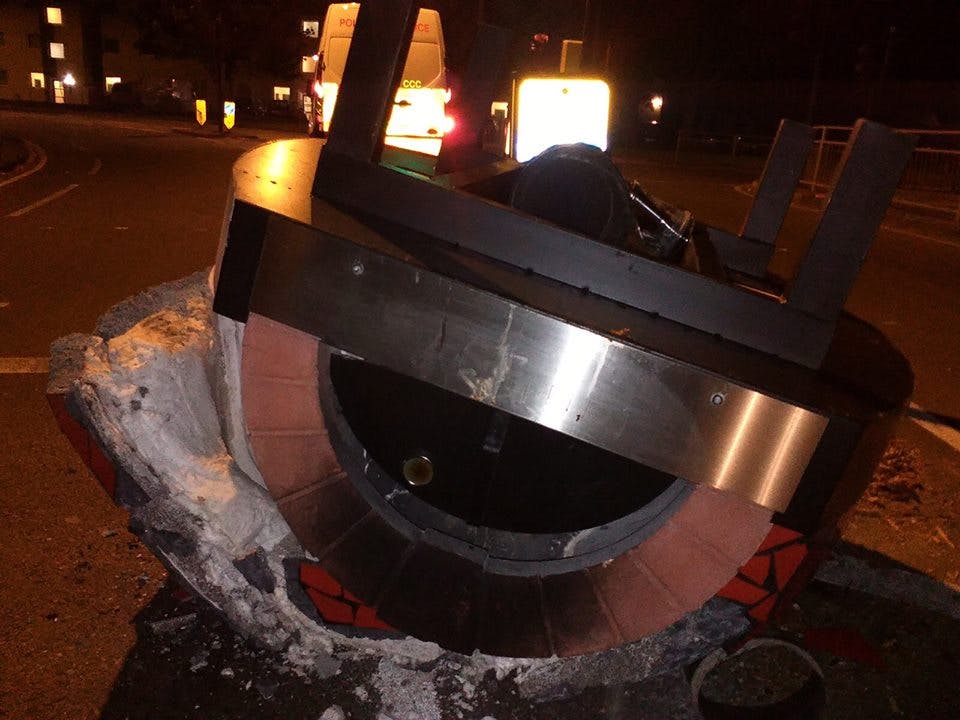 Guesses about the identity of this misfit traffic stop on the Kingston police Facebook page ranged from a satellite to “space garbage” to Humpty Dumpty. If you’re wondering who—or what—crawled out of this spaceship, you’re not alone.

But luckily, whatever it was, it probably came with pepperoni.

Unfortunately, the police force’s disclosure that Surrey wasn’t actually beset upon by aliens over the weekend raises more questions than it answers:

Where was this pizza oven headed before it crashed? How did the pizza oven’s owners not notice they’d dropped their cargo in the middle of the street? If it was stolen, then who in their right mind would try to steal a pizza oven? And did they choose this one because of its extra pretty blue-and-orange mosaic pattern?