From Marvel fans to horror lovers, people have taken notice of this up-and-coming fashion retailer.

It began with zombies and a garage. That may sound like the start to a classic horror film or an episode of The Walking Dead, but this story has more in common with humble origins of many tech startups.

Two years ago, geek fashion retailer Living Dead Clothing was founded by Wade Lange, who started making clothes out of his garage. Lange told the Daily Dot he started the company because he wanted a challenge that would be more fulfilling than his previous job. After working for a non-profit, he realized wanted to put meaning ahead of money.

“Living Dead Clothing was started with the vision of creating a brand whereby girls and guys could access the highest quality products with the best fabrics, designs, and unmatched printing in the industry; without the excessive price tag, and without the rules! It was meant to have fun and unique artwork based around the horror and Walking Dead phenomena,” Lange said.

The 32-year-old Australian entrepreneur said he has degrees in marketing and human resources management, and is experienced with running small businesses. He decided to keep the manufacture of his products in Australia and as sales began to increase, keep the new jobs it created in the country as well. Despite the growth, Lange said it’s still a small boutique operation. He’s proud of his small but efficient team and of the company’s strong Australian ties. 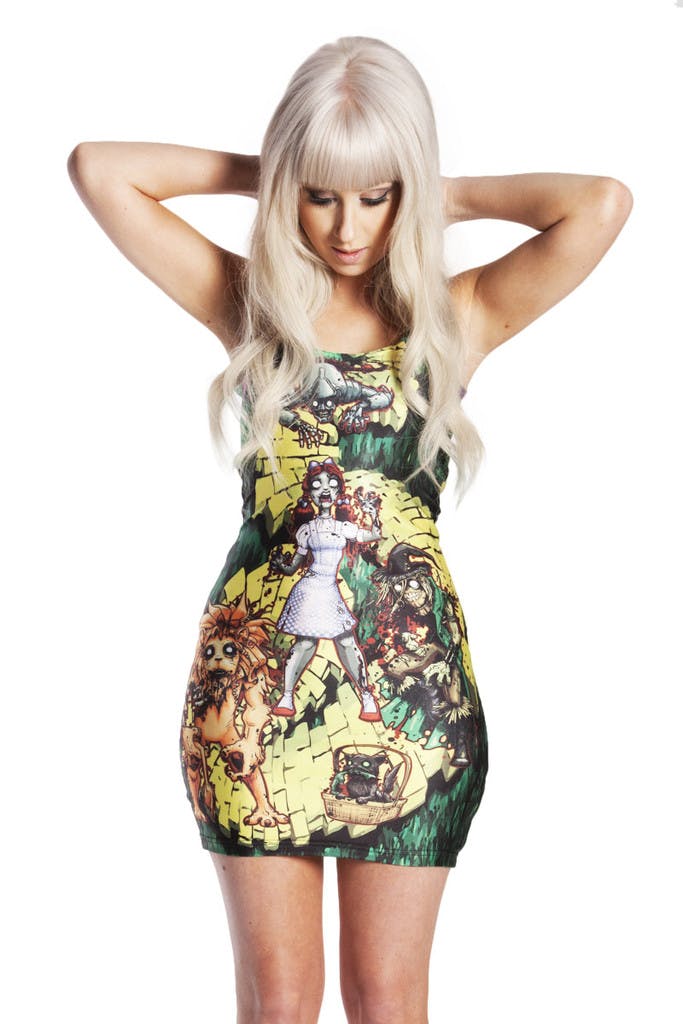 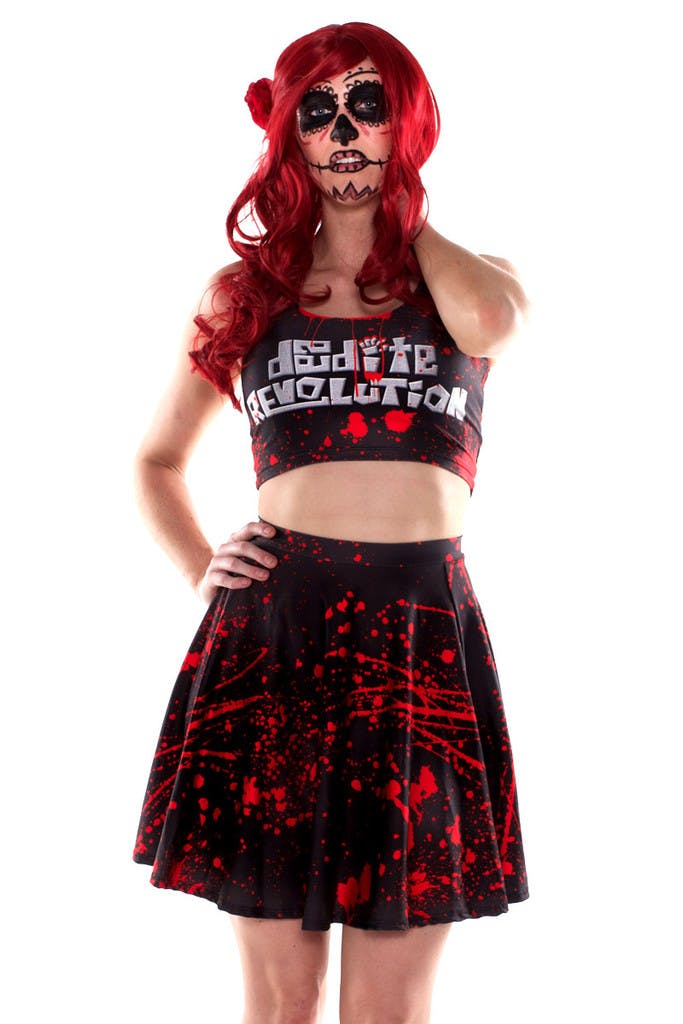 As Living Dead got attention, it moved from its initial zombie and horror focus to include items inspired by anime, manga, and other media like video games. When asked if all the products are officially licensed through their respective companies, Lange said the licensed products “are commercial in confidence” so licensing deals cannot “be discussed due to confidentiality.”

A recent big licensing win for Living Dead and perhaps a sign that the company is growing into a notable brand is its new Captain America collection. While Lange could not go into detail about the Disney and Marvel deal, he said this line is only the start collections that will explore the Marvel universe.

These licensed items present a challenge to Living Dead’s designers. One of them, Sam Jones, told the Daily Dot the company is given a style guide that cannot be altered.

Jones plays with her own ideas as well, working on both licensed art and satirical work and parodies. She said Lange gives her direction, but there’s also a lot of autonomy. Her work revolves around a lot of anime and manga since she has a particular love for them. To ensure the art translates well at the printer and ends up clearly on each garment, Jones explained that she works on Vector-based programs such as Adobe Illustrator and draws in at least 300 dpi (dots per inch) resolution. 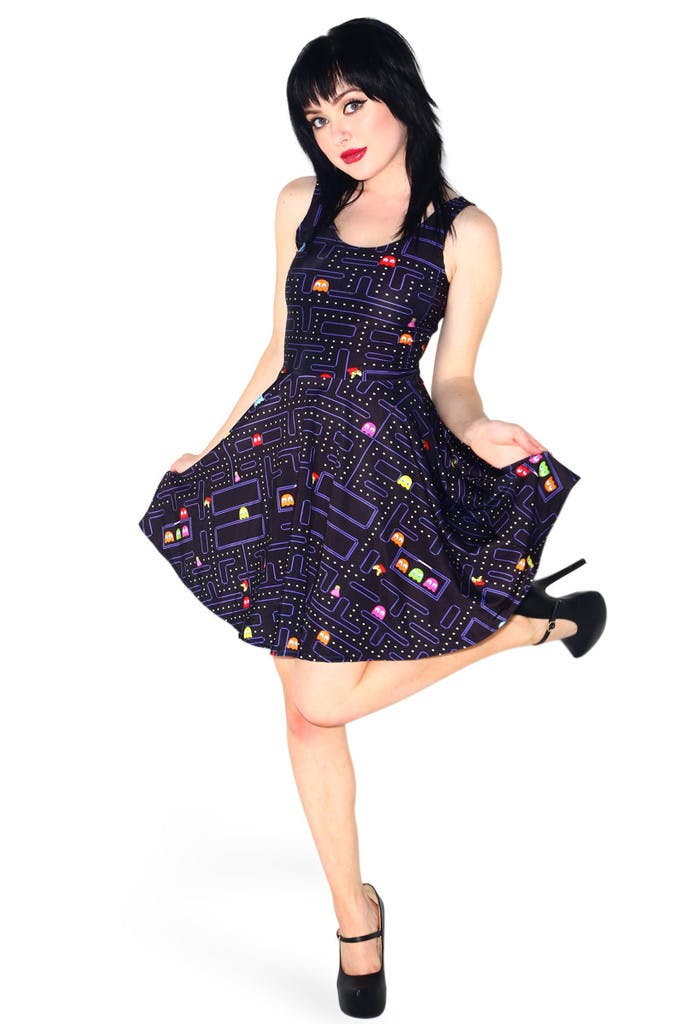 “The vectors-based graphics can be drawn, so it’s suitable for a legging or as big as a bus—it doesn’t matter, it will never lose quality on cropping or expanding,” Jones explained. “I then lay the artwork out on a program, which then allows the large-format printer to print the transfer paper onto it, [then it’s] ready for the guys to then press that onto the fabric.”

Lange said designing a collection usually takes months of work from all his teams, including the designers, his cutting and sewing team, and printing and sublimation team.

“I have a clear plan of releases 18 months ahead at all times and that enables us to forward think and design around these dates to ensure our releases are unmatched and filled with awesome designs and not just filler products. Furthermore, I try and ensure we get a good mix of patterns and sizes so we can represent all guys and girls and their interests,” Lange said. 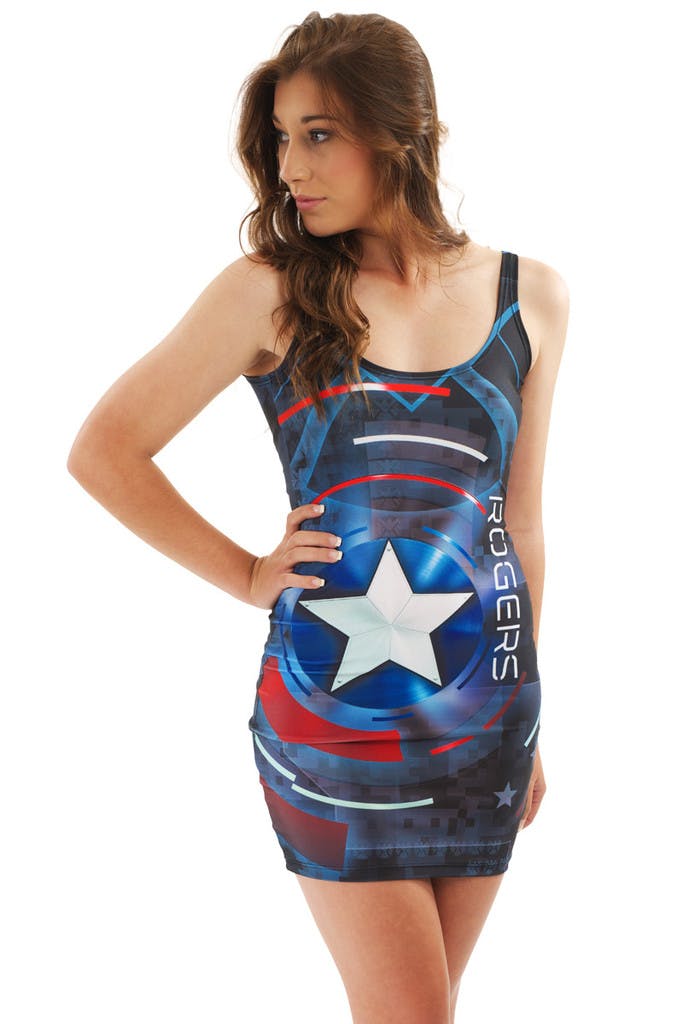 Growing an online business these days is of course not without its challenges, especially in the realm of geek fashion where there has been an explosion of new businesses offering pop culture apparel.

“Like any other startup business you have micro and macro pressures and influences which are there to test you,” Lange said. “The main issue was getting the message out to girls and guys that my quality was on par and in some respects better than competitors.”

Perhaps the biggest competitor for the company is another Australian-based, nylon-focused, brand: Black Milk Clothing. Black Milk has been around for quite a bit longer than Living Dead, but when asked specifically if he viewed them as a competitor or was inspired by their work, Lange only said he embraced all competitors, especially as they grow their fans around the world.

That community of fans is what Lange sees as his “most humble achievement… above and beyond everything else” and is something he takes pride in. Fans of Living Dead refer to themselves as Deadites, similar to how Black Milk fans call themselves Sharkies. Lange said the company is driven by these fans and providing what they want. He called the community “the most unique, friendly and supportive family.” Social media helps the company reach its fans quickly and because it’s free, Lange said its use helps reduce advertising costs that he then can pass on to the customer. 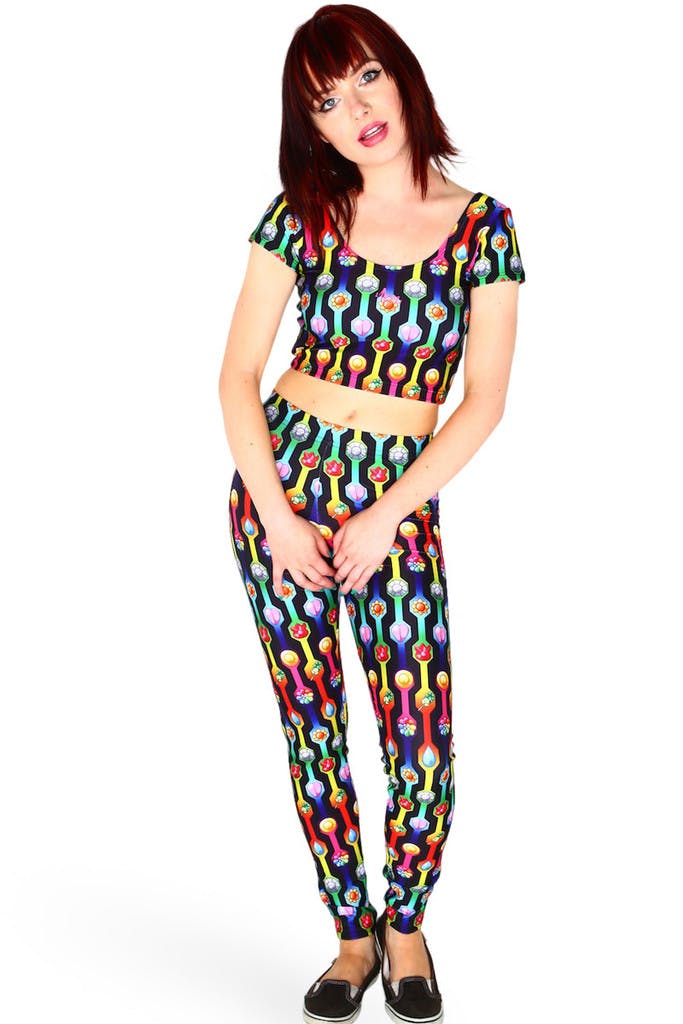 “Growth comes from sharing a message, which is real, and putting meaning ahead of money, and that is what girls and guys identify with us the most,” he said.

You might be surprised to hear of guys among the Deadite fanbase, but just like men have turned to Black Milk for unique fashion options, so too are some into Living Dead.

“The guys tend to buy leggings for all sorts of reasons ranging from fashion through to exercise and active sportswear because they have a multitude of purposes and the fabric we use is the best Italian lycra so it can handle all the rigours of exercise comfortably,” Lange said.

While the models on the website are just women at the moment—whose bodies are not Photoshopped due to the company’s strong policy against it—Lange said soon they will be modeling guys as well. It goes back to Lange’s desires for the company back in that garage in 2012. He wanted it to be so much more than a typical company.

“I created Living Dead to be an all-encompassing and without-judgement company, ‘We love everybody.’ Living Dead will never be a brand of clothing, but a platform for people to connect and empower each other,” Lange said. “The clothes are a byproduct.”