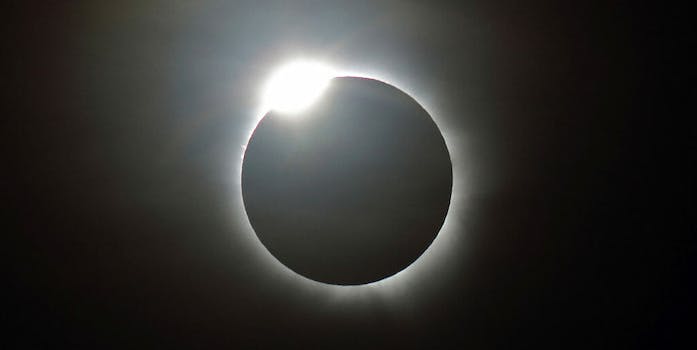 Draw your shades and turn on your computer.

If you failed to plan ahead and buy the special sunglasses that will keep your eyeballs safe during Monday’s solar eclipse, you can always turn on your computer and follow along online.

Here are a number of options for you to watch the eclipse without the possibility of causing permanent damage to your eyes.

Beginning at 12pm ET/9am PT, NASA’s Facebook page will carry the proceedings live from “unique vantage points on the ground and from aircraft and spacecraft, including the International Space Station.” You can watch it on the actual Facebook page, you can view it on your TV with the Facebook video app, or you can stream it on Periscope or Twitch.

Time magazine is carrying a virtual reality livestream from Casper, Wyoming, and you’ll feel like you’re part of the crowd that’s actually watching outside in the Cowboy State. As the YouTube description notes, “Feel free to use your mouse to click and drag to see fellow eclipse watchers around you. Don’t forget to check out the sky, so you can watch the eclipse as if you were here. There is also a detailed close-up shot of the sun inset for maximum eclipse visibility.”

If you’d like a little public television commentary to go with your online viewing, PBS will livestream from Idaho.

NBC says it’ll show coverage from Oregon to South Carolina, and if you’re lucky enough to listen to the sweet tones of Lester Holt, watching the NBC stream is a pretty good deal.

The news organization will begin its live stream at 12pm ET, and as CNET notes, a live CBS Special Report will be live streamed on CBSN, its streaming platform, and the CBS News Facebook page at 1pm ET.

Twitter and the Weather Channel are partnering with each other to bring you a livestream right here. CNET writes that the Weather Channel is embedded in 10 spots around the country, including Hopkinsville, Kentucky, where totality is expected to last the longest.

CNN’s website has a handy map that shows you exactly where and when the path of the eclipse will pass you by. Since large swathes of the country won’t get to experience totality, CNN—which will be in seven places, including Wyoming and Tennessee—is offering its web page and the CNN app for streaming purposes.

And in case you’ve forgotten and you think watching the eclipse without proper eyewear is a solid plan, PBS is here to remind you that “you’ll need protection that blocks 99.9996% of the light in order to watch safely. Otherwise, you risk destroying photoreceptors in your eyes that allow you to perceive light.” It’s probably safer just to stay inside, draw the shades, and watch the drama unfold on your computer.