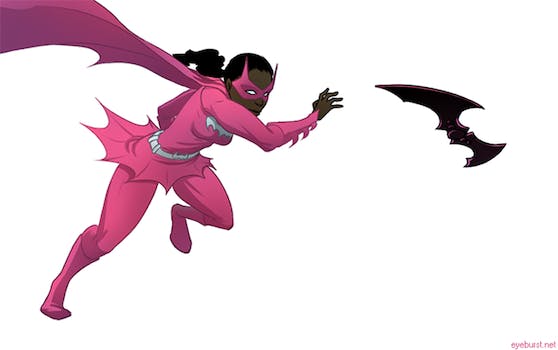 If there’s one overwhelming trend in comics, it’s the impossible anatomical shapes that artists use to display women, and the even more unlikely costume design that goes with them.

That’s partly what makes Little Girls Are Better At Designing Superheroes Than You such a brilliant one-two-three punch of a Tumblr and meme.

It’s not only combatting the myth that girls don’t read or care about comics, but it’s showing that girls, too, can play the male superheroes that so often overshadow their female counterparts.  And it’s also proving just how easy it is to upend the sexist conventions that keep the women of comics in scantily clad, unrealistic uniforms for the purpose of sexually objectifying them.

Combine all this social commentary with a bunch of adorable little girls, throw in a mix of amazing fanart to rival the Hawkeye Initiative, and you have the recipe for a stellar takedown of gender issues in comics.

“This is a little mini art project I did over spring break,” the Tumblr’s creator, Alexandra Law, wrote last week. “Basically I take pictures of girls wearing superhero costumes and draw them as actual characters.” 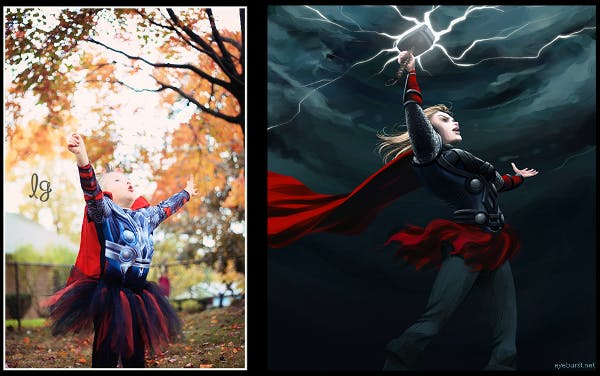 Law takes the pictures from around the Internet and then showcases them next to her own impressive fanart of the little girls as the action superheroes they idolize. 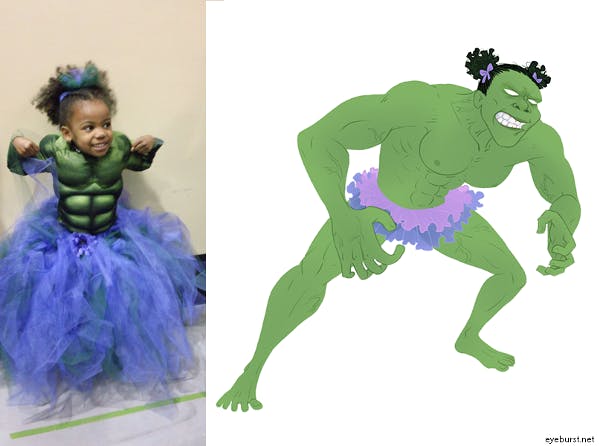 “So easily we accept multiple definitions of masculinity and femininity in our mind, sometimes in completely contradictory ways,” she wrote recently.

On Little Girls Are Better, her artwork mostly speaks for itself, but she does occasionally comment on the alteration of costume designs:

One of the main reasons I like these girls’ costumes is because of how simple they are. Often times when artists want to re-design female superheroes to be less sex-objecty they end up changing a bunch of unnecessary stuff. It doesn’t have to be like that, just get rid of Power Girl’s tit window and give Huntress a full leotard. It’s easy!

It’s no easy thing to tackle an industry whose sexism is as deeply entrenched as the comics industry, but recently more and more voices have been speaking out, often through spontaneous collective memes that riff on the objectification of the female comics character, such as the Escher Girls or the Hawkeye Initiative. 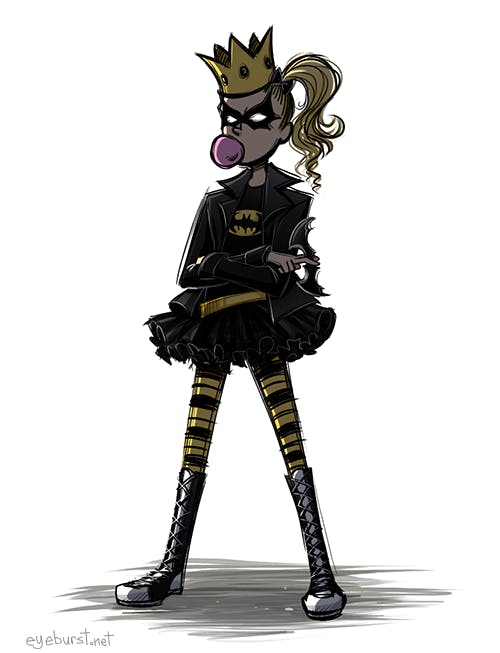 So far, Law hasn’t opened the Tumblr up to submissions, but even drawing on her own, the Little Girls Are Better at Designing Superheroes stands as a testament to the diversity of comics and a glimpse into a less sexually objectified world of female superheroes.