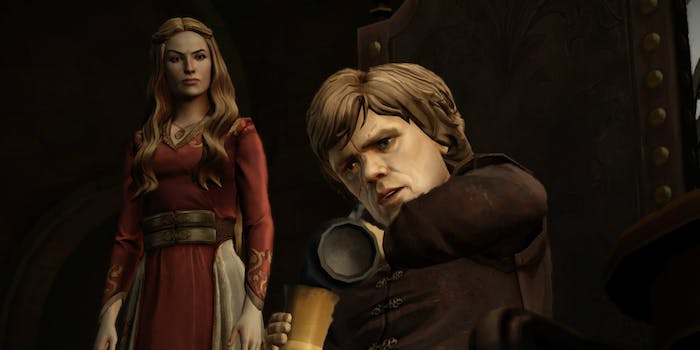 Telltale is adding some serious heavyweights to the team.

Telltale Games, the studio that made adventure games cool again with titles like The Walking Dead and Game of Thrones, has just expanded its resources and visibility in a very big way.

Telltale announced today that John Riccitiello, the former CEO of Electronic Arts, one of the largest video game publishers in the world, has been named to Telltale’s board of directors. Lionsgate CEO Jon Feltheimer is also joining the board. And both announcements are accompanied by the news that Lionsgate has made a “significant investment” in Telltale.

Video game pundits have observed for years that the video game industry often feels like it is trying to emulate or measure up to Hollywood. The way video game trailers are produced and the way blockbuster games launch often feels distinctly reminiscent of the way summer blockbuster movies are marketed. The investment by Lionsgate feels like a mutual admiration society sort of thing.

Telltale has made a name for itself by focusing on licensed intellectual properties. Back to the Future and Jurassic Park failed to wow critics, but The Walking Dead and The Wolf Among Us, both adapted from comic books, were well–received and solidified Telltale’s position as a major game development studio.

Landing Game of Thrones as a new licensed property and launching a game in 2014 based on the monster HBO hit was a coup de grâce for Telltale. The studio is also working on a “story mode” game based on Minecraft, and a more monster hit of a video game than Minecraft, one could not find.

Screengrab via Game of Thrones/Telltale Games