The court offered a variety of reasons that Lohan's claims fail.

Lindsay Lohan’s years-long legal battle against the publishers of Grand Theft Auto V has come to an end.

A New York court today threw out a suit first filed back in 2013 by Lohan, who claimed the popular video game infringed on her privacy by “misappropriating” her likeness without her permission. The decision also applies to a suit filed against Take-Two Interactive by Mob Wives star Karen Gravano that a panel of five judges combined with Lohan’s complaint because of their similarities.

In its decision, the court wrote that the suits fail because Grand Theft Auto V did not actually use the plaintiffs’ names or pictures.The court went on to say that even if it did accept Lohan and Gravano’s claims that Grand Theft Auto V’s characters were “close enough to be considered representations,” video games are protected works of fiction and satire, like novels and plays.

Lohan’s claim that Take-Two used her image as advertising on the game’s box cover also fails according to the court because, “the images are not of Lohan herself, but merely the avatar in the game that Lohan claims is a depiction of her.” 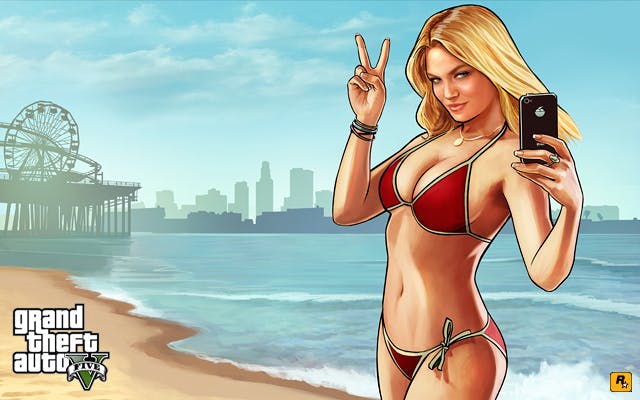 Lohan’s argument against Take-Two focused on the blond bikini model on Grand Theft Auto V’s box cover, as well as a character named Lacey Jonas, who is unflatteringly portrayed in the game as a spoiled and ditzy teen movie star who needs help dodging paparazzi.