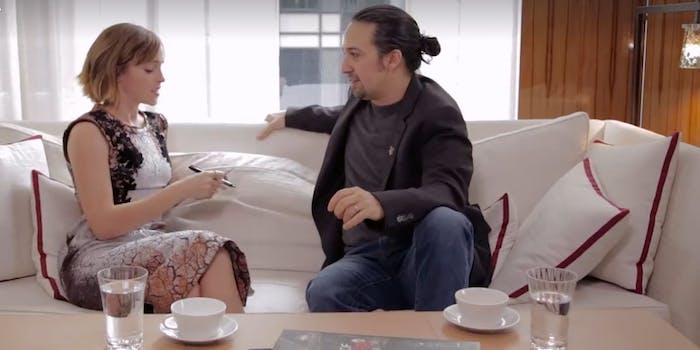 It should be against the law to be this charming.

Like a beam of pure sunlight shining down from the heavens, Lin-Manuel Miranda and Emma Watson have joined forces to sort the cast of Hamilton into Hogwarts houses.

Watson interviewed Miranda for her gender equality organization HeForShe, discussing the history and politics of Hamilton. The full interview is about 40 minutes long, starting here on Watson’s Facebook page, and it’s ridiculously charming.

If you don’t have time for 40 minutes of Hamilton fangirling right now, Miranda has helpfully posted a couple of highlight clips. First, he tackles the contentious topic of sorting the main characters of Hamilton into Hogwarts houses.

Miranda also freestyled about feminism while Emma Watson beatboxed, which was clearly enormously embarrassing for her (nothing says beatboxing like “Harry Potter actress,” right?) but she powered through nonetheless.