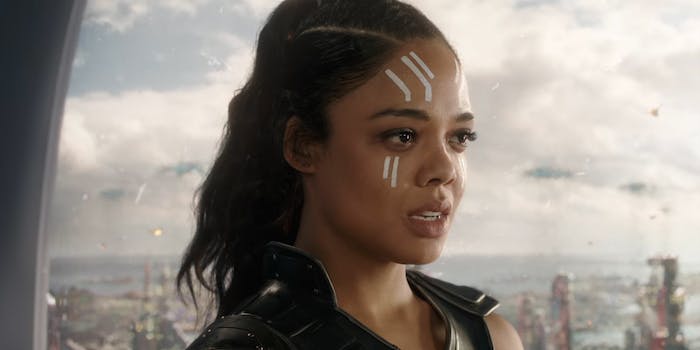 Marvel’s LGBTQ representation has always been a blind spot for the massive cinematic universe. While the multi-film franchise has made strides in representing black and female characters like in Black Panther, LGBTQ characters have been a sorely missing faction.

No more, says Marvel Studios President Kevin Feige. In an interview covering Ant-Man & the Wasp, the Playlist asked Feige about the future of LGBTQ representation in the MCU.

When asked if an LGBTQ character was even in the works, Feige simply responded “Yes.” After the writer followed up to clarify if it was a character we had already seen or not, Feige responded “Both. Both ones you’ve seen and haven’t seen.”

So there you have it. The MCU is evidently getting at least two new LGBTQ characters in the Marvel Cinematic Universe.

Marvel does have a history of going out of its way to erase evidence of LGBTQ characters, though, according to actress Tessa Thompson, who played Valkyrie in Thor: Ragnarok. In an interview with Rolling Stone, the actress confirmed her character is bisexual, but a scene depicting another woman leaving her bedroom was cut from the final film.

It’s likely that the one character fans already know is in fact Valkyrie, considering Marvel let director Taika Waititi shoot the scene and only cut it toward the final edit.

Speaking of representation in the MCU, Ant-Man & the Wasp actress Evangeline Lilly cracked wise about her male co-stars discomfort with tight superhero suits.

“It’s just not that bad!” she said. “Do I have the most comfortable suit in the MCU, or have men not had the life experience of being uncomfortable for the sake of looking good?”