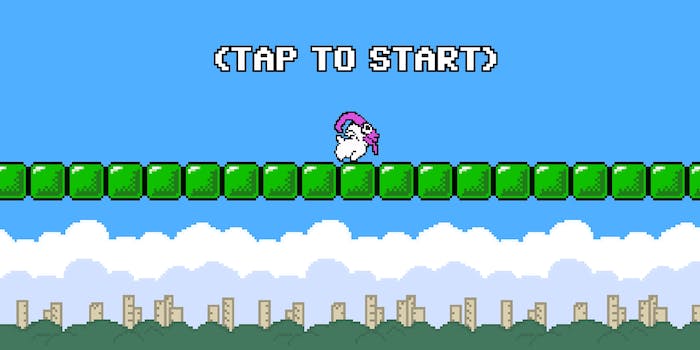 Don't let it goat to your head.

You might be hearing a lot about the new mobile game Let It Goat this week. It’s already trended once in the U.S. VentureBeat and Business Insider have breathlessly dubbed it “the next Flappy Bird.” Although the game, with its 16-bit graphics and regular goat-bleat soundtrack, is cute, we’re not ready to call this one just yet.

For one thing, Let It Goat, a product of mobile game developer SkyVu, is less a Flappy Bird clone than a clone of the infinitely sparklier Web-based Robot Unicorn Attack. Both games involve a four-legged hoofed beast with horns occasionally charging at obstacles and jumping over them, to infinity. 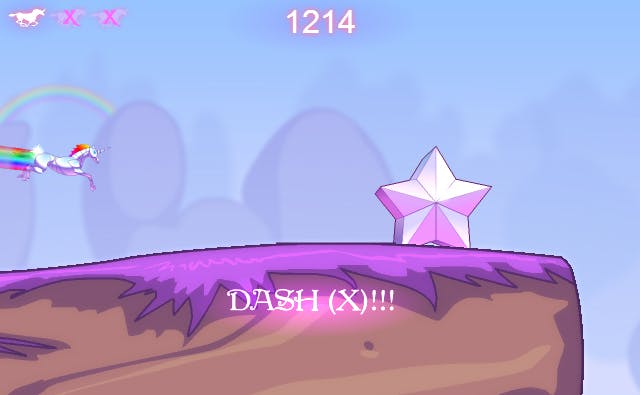 But where Robot Unicorn Attack is a fluid and endlessly addictive spell of leaping over stars, flying alongside Lisa Frank dolphins, and soaring on rainbows against a backdrop of ridiculously soothing 80’s Europop, Let It Goat sort of clomps over spikes, zombies, and other obstacles with an inexorable Flappy Bird-like fatalism.

Another thing: Once you’ve inevitably impaled yourself on a spike, you’re treated to screens like this: For all its lowbrow charm, Flappy Bird wasn’t actually trying to bombard its users with loud, obnoxious ads and share buttons. But then the makers of Let It Goat—Vine stars Jack Gilinsky and Jack Johnson (Jack and Jack)—aren’t actually known for being subtle.

Sure, it’s currently Independence Day weekend, but come on: if the goat is named Mounty, why does he have an American flag? 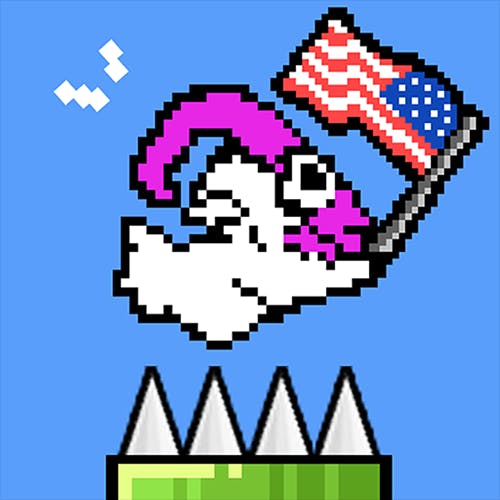 We could also ask why the pipes from Super Mario Bros. have become the hallmark of every deliberately glitchy, gimmicky mobile game trying to socially engineer its way to the top of the app downloads, but we suspect we just answered our own question.

Still, there seems to be no shortage of love for the game among those who have downloaded it. With a rating of nearly five stars in both the Apple store and Google Play’s store, it’s a hit with fans.

“This little goat has no cares in the world as it jumps around spikes and zombies, dies and respawns,” wrote player Kiki Young in the Play store yesterday.

We’re the first to admit goats are precious creatures, but we’re just not feeling it. Call us heartless, but we’d rather take our chances on a no-frills, one-object game like Flappy Bird, which functions as a metaphor for existential despair, than a game that keeps us from our ultimate life goal of watching real-life goats be cute and adorable.

Sorry, but for this game, we’re going to have to say: de-bleat.

Screengrab via Let It Goat