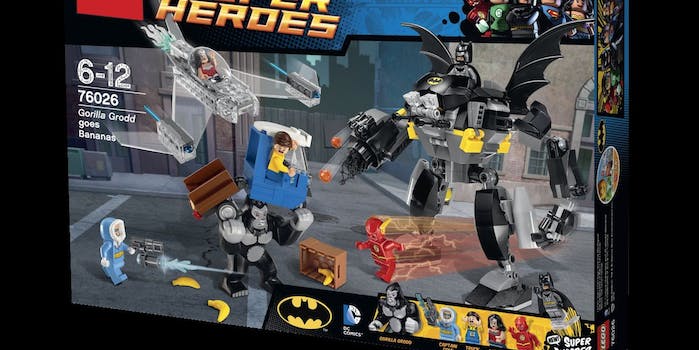 It's official! You will soon be able to build a Lego version of Wonder Woman's plane.

Wonder Woman’s iconic invisible jet is about to reappear thanks to an upcoming 2015 Lego set. The jet was spotted in the German version of the official Lego product catalog.

It will be a part of a DC Comics Super Heroes set called Gorilla Grodd Goes Bananas and looks to be made appropriately out of mostly clear Lego. Toys R Us currently has the set listed on its website, where a description states that the jet “features an opening cockpit, invisible flame exhausts and 2 spring-loaded missiles” and “measures over 2″ high, 6″ long and 8″ wide.” Here is the full product description:

Gorilla Grodd is causing havoc in Gotham City as he seeks his morning banana fix! The gigantic gorilla is leaping on the truck, sending crates of bananas flying and almost breaking the vehicle in half. Hurry to save the terrified driver with Batman™ and his awesome Bat-Mech. Launch a triple LEGO® Super Heroes counter-attack by firing the net and stud shooters. Face off against mighty Gorilla Grodd with The Flash, evading the evil beast’s grabbing fists and Captain Cold and his Devastating Ice Shooter. Swoop unseen into battle with Wonder Woman in her Invisible Jet with spring-loaded missiles, then send Batman™ leaping off the top of the Mech with the Super Jumper to bring down Gorilla Grodd! Includes 4 minifigures with assorted weapons and accessories: The Flash, Wonder Woman, Batman™ and Captain Cold, plus a Gorilla Grodd figure. 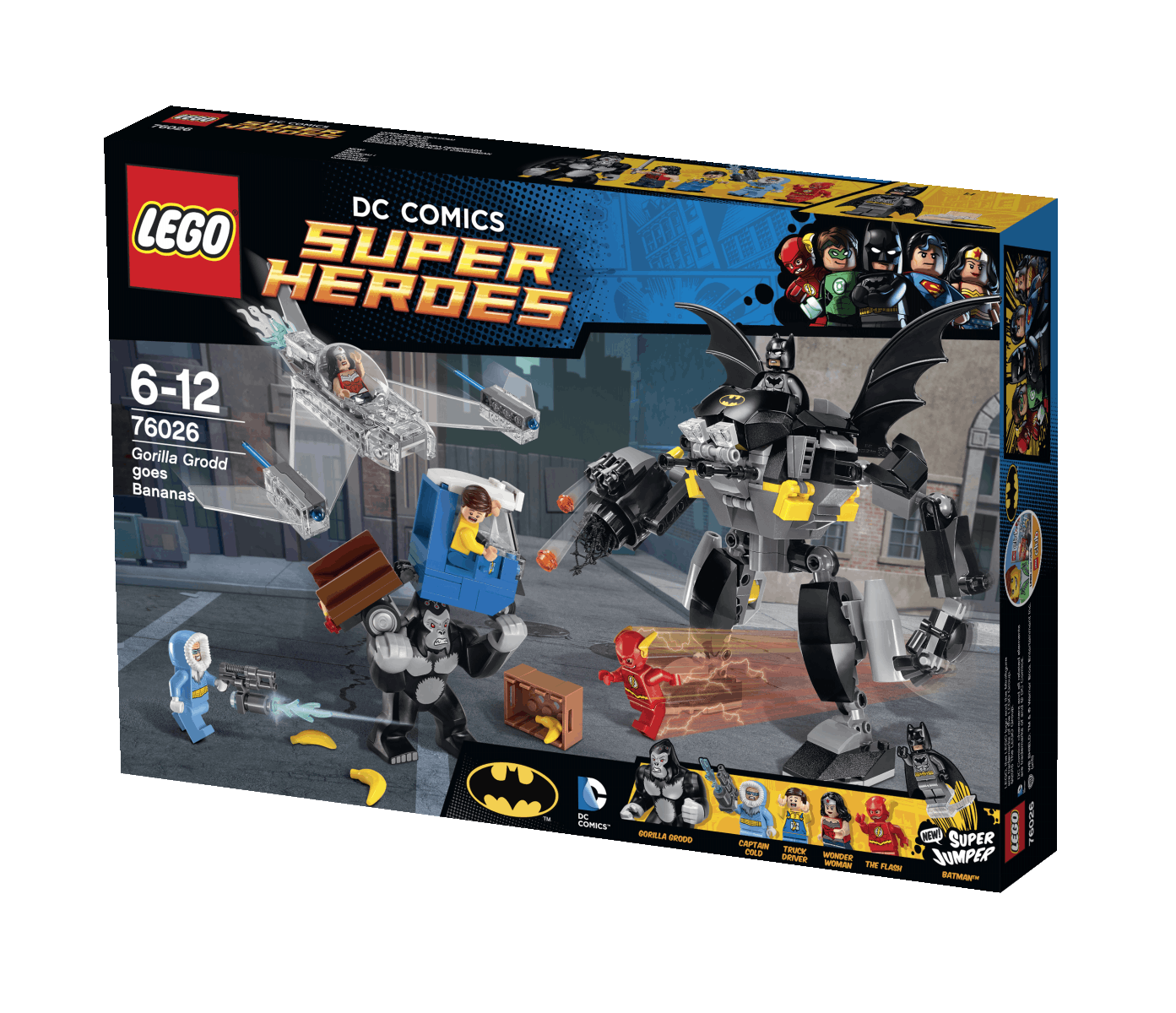 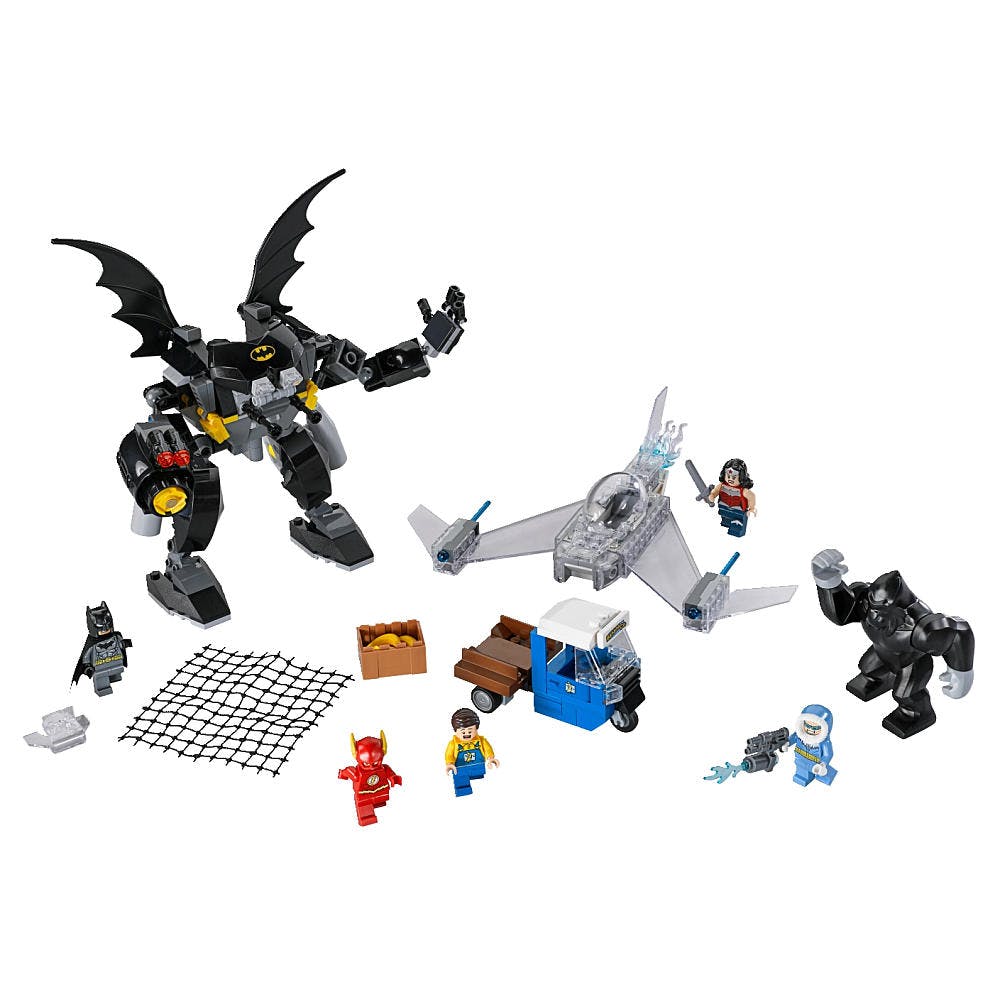 This jet may be a bit more visible than that spoof Lego invisible jet created by one dad, but it’s still nice to see it as part of an official set. Toys R Us does not list a release date, but has the set priced at $49.99. The German catalog seems to indicate that it will be released in April.