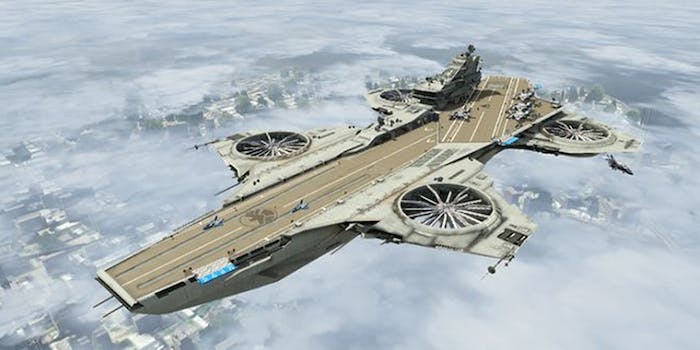 We predict a lot of adults buying this ridiculously complicated Lego kit for themselves.

The helicarriers appear in The Avengers and Captain America: The Winter Soldier, providing a gigantic, flying headquarters for Nick Fury and his teams of S.H.I.E.L.D. agents. Just in time for Avengers: Age of Ultron (which we’re guessing won’t include any helicarriers, but whatever), this Lego kit will hit the shelves in March. 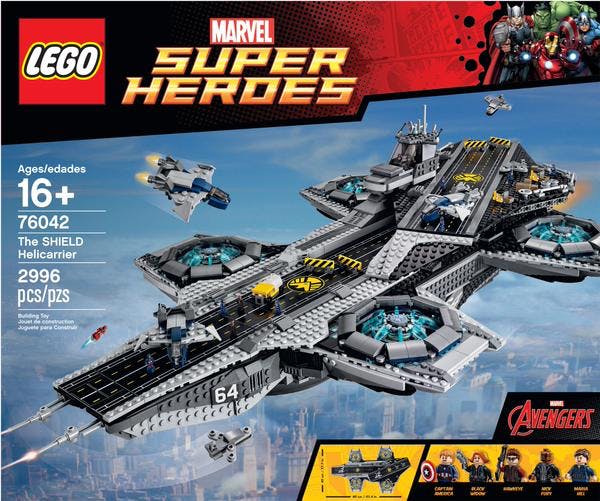 This kind of toy is reminiscent of the ever-popular Tracy Island model from Thunderbirds, a sci-fi dollhouse for people who almost certainly would not want to use the word “dollhouse.” But hey, let’s be real here. It’s a flying, gun-toting dollhouse for your Lego Avengers mini-figures, and it’s awesome.

Also, it even includes that rarest of features: female characters. You’d be amazed at how often this doesn’t happen, but Black Widow and Maria Hill are indeed among the other Avengers mini-figures.