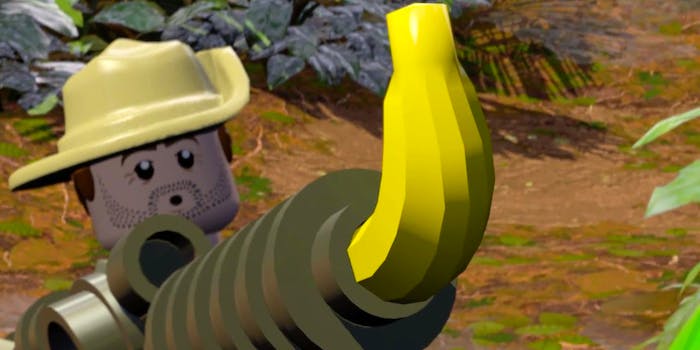 But when do we get to build our own raptors?

Fan anticipation for Lego‘s upcoming Jurassic World game is almost as high as it is for the film itself. The new trailer for Lego Jurassic World, out today on the Warner Bros. games channel on YouTube, makes it easy to see why.

Doesn’t this just look like the most fun you’ll ever have with giant man-eating carnivores?

Forget tiny Lego velociraptors and dunderheaded tyrannosauruses. Clearly Lego Jeff Goldblum—complete with doom eyebrows and slight shirtlessness—is the thing all our lives were missing before this.

You’re welcome, fans of the world.