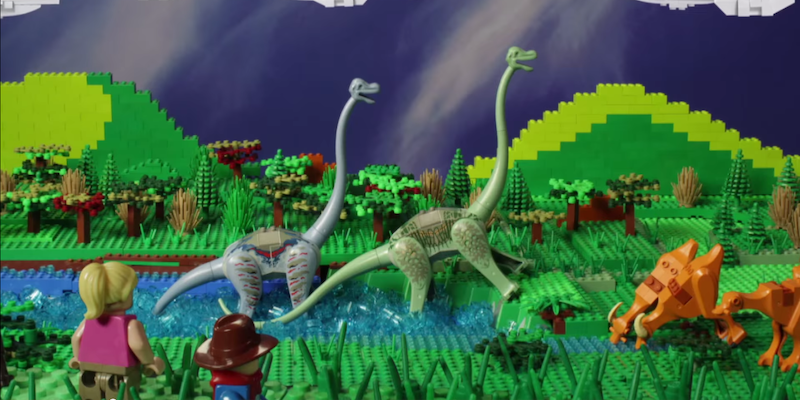 We’re reaching the point where YouTube fan movies are getting almost too good.

This stop-motion Lego Jurassic Park short retells the movie in three minutes, using what the creators say is $100,000 of Lego pieces. It was made by Digital Wizards Studios, a filmmaking team that specializes in Lego animation, and it’s seriously impressive stuff.

In case Lego dinosaurs aren’t adorable enough already, the idea was masterminded by a father and daughter. Yes, this whole movie is basically a big-budget excuse for a dad and his 8-year-old child to play with Legos for days and days. As it should be.

This behind-the-scenes video shows 8-year-old Haley animating part of the scene where Timmy is on the electric fence.

Lego fan movies, also known as brick flicks, are so popular that there’s an entire guide book dedicated to the basics of stop-motion Lego filmmaking. No wonder Lego itself is so keen to focus on its media empire.

H/T The Verge | Screengrab via digitalwizardz/YouTube