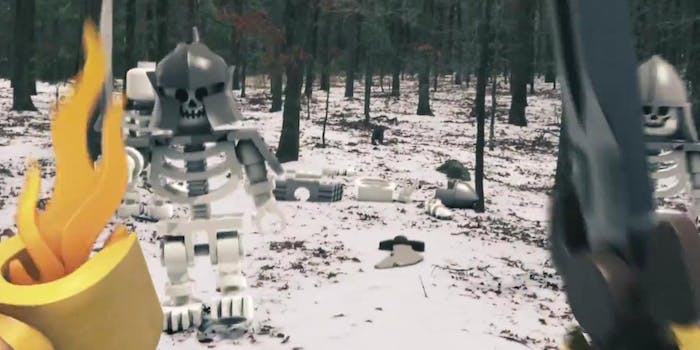 Lego and live action meet in this fantastic remix.

What do you get when you mix classic first-person shooter games with Lego? The delightful compilation Lego: First-Person Shooter, the latest video by filmmaker Andrew McMurry.

The video includes a stunning mix of gameplay with a Lego twist. We dodge shots through Portal, Bioshock, Counter-Strike, and The Elder Scrolls V: Skyrim. McMurry shared the video on YouTube on Tuesday.

Answering questions in the comment section on YouTube, McMurry explained that the video’s look is mostly the result of using “CG Lego implemented with live action footage. Except for the Portal scene, of course.” He also said he worked on it on and off for about three months. The result is a video that looks like a game we’d love to have in our collections.