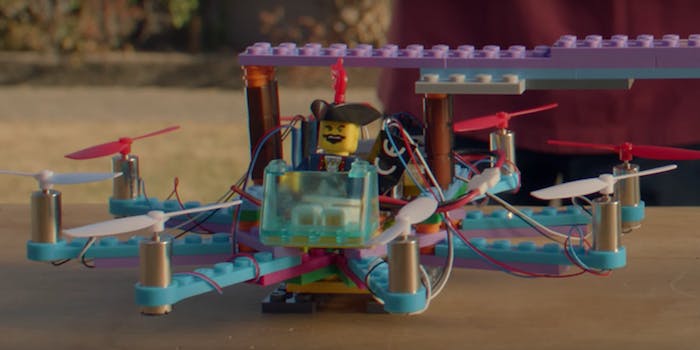 Because everyone loves Lego.

A recurring complaint about Tinder dates is their lack of creativity.

But not for Abhimanyu Ghoshal, a writer for The Next Web, who had to review a Lego gadget for work around the same time he got a match on Tinder. Ghoshal decided to ask his Tinder match if she’d like to test the Flybrix drone kit with him as the date.

As if the idea wasn’t great enough, his date’s response was (correctly) enthusiastic.

Though Ghoshal explains it much better in his review, the Flybrix drone kit comes with all the essentials for a normally functioning drone—battery, cables, radio connections, controller, propellers. But this drone adds a cool touch: Its body is built with Lego bricks, including a Lego minifigure to ride on top. 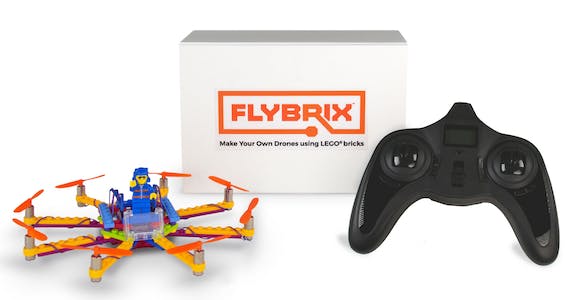 The duo built a standard quadcopter (meaning it has four propellers) and Ghoshal said both the building and flying experiences were great…even if they crashed the drone after two seconds of air time.

“While we’ve both built stuff with Lego bricks in the past, neither of us had much experience putting together anything with circuit boards and wires like those in the Flybrix kit,” Ghoshal told the Daily Dot in an email. “Putting our heads together made it less stressful to figure out.”

Ghoshal said his drone-building partner loved the experience, and they’ve gone on many more dates since, some of which have also involved DIY projects.

“I feel like it gives us a chance to get to know each other more intimately than, say, a conversation over drinks.”

Let this story serve as a learning experience for any of you bored with the same old date nights. Lego date or GTFO.

“Look around your city for interesting activities—ones you’re good at AND ones you’ve never tried before,” Ghoshal advises. “Take a class, build or make something together…anything that helps you share a memorable experience is bound to get you a date over the usual dinner-and-drinks routine.”