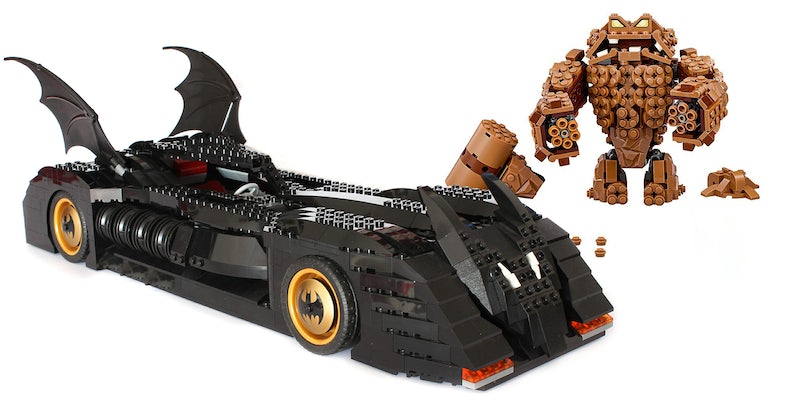 The 7 best Lego Batman sets for your inner Dark Knight

It’s no secret that Star Wars has been a huge licensed brand for Lego, but Batman is getting up there too. Originally launched with just a handful of sets in 2006, the Lego Batman line is becoming increasingly prolific for the Danish toymaker, evidenced by the recent quantity and size of sets.

One of the big drivers, aside from the Dark Knight’s ongoing pop culture popularity, has to be Batman—voiced by Will Arnett—stealing the show in The Lego Movie (2014). One part brooding badass, another part insecure jerk, Arnett’s Caped Crusader got enough laughs to warrant an unofficial sequel with The Lego Batman Movie (2017).

Lego has significantly ramped up its offerings as a result, making it harder to keep track of what’s out there. In the interest of separating the Bat-wheat from the Bat-chaff, here’s a list of the top Lego Batman sets released to date.

The biggest Lego Batman set is also one of the newest, released this past November, so it has yet to stand the test of time. But with 3,444 pieces, it warrants a place on any best-of list. Based on The Lego Batman Movie, Joker’s Manor is stacked with maniacal features and traps, including boxing gloves that punch, a room with warped funhouse mirrors and a rotating Sauron-like eye atop the whole thing. Capping it all off is a working roller coaster that wraps around the entire set, as well as 10 mini-figures including Harley Quinn, Nightwing and, naturally, the Joker.

One of the few non-Star Wars Ultimate Collector’s Editions, this 1,045-piece version of the Batmobile was also among the first wave of sets released in 2006. Rather than a direct representation of a specific Batmobile, it’s an elongated hybrid that looks like a cross between the vehicle used in the 1989 Tim Burton movie and the animated series that aired in the 1990s. Notably, it’s one of the few Batman sets that doesn’t come with a Batman mini-figure.

This 1,047-piece set, released a few months before The Lego Batman Movie, has a little bit of everything, from its rotating computer monitor console and Batboat right down to a tuxedo-clad Bruce Wayne mini-figure. Most importantly, it’s also got the Penguin’s Duckmobile, Danny Devito’s floating rubber duck of death from Batman Returns (1992). Throw in a couple of buzzsaw-toting hench-penguins and, short of the 1960s, Batman doesn’t get campier than this.

From villain break-ins to villain break-outs, this set is arguably the best Lego Arkham Asylum so far. At 1,619 pieces, it’s not the biggest, but it does have the best assortment of bad guy mini-figures. The Penguin, Poison Ivy, and Scarecrow are joined by a prison jumpsuit-wearing Joker, as well as a pre-lunacy Dr. Harleen Quinzel. Robin also has a snazzy hood, while Batman is armed with a pair of glider wings. All told, it may just be the best collection of mini-figures in a Lego Batman set.

At only 448 pieces, Clayface Splat Attack is far from the biggest entry in the Lego Bat-line, but it’s also one of the most ingenious. The large, highly posable creation faithfully captures the essence of Batman’s most fluid and changeable opponents, since it can be manipulated, changed up and added to. Clayface’s hands can be swapped with interchangeable, rapid-fire shooters or a big, clay hammer. And with more brown bricks (sold separately), he can conceivably be expanded and built into an even bigger monster.

Retro is hot in television, movies, and clothing, so why not Lego? That’s the idea behind the 2,526-piece Batcave based on the classic 1960s TV show. If you’re old enough to remember it, there’s a lot of funny nostalgia built into this set—the red Batphone, the fire poles behind the false bookshelf in Wayne Manor, the clunky, rolling computer banks. There’s also a trio of cool retro vehicles, including the Batcopter and Batcycle complete with side-car, and of course the famous red-and-black Batmobile with iconic side fins. There are also nine mini-figures, including Riddler and Catwoman, the Dynamic Duo themselves, plus their Bruce Wayne and Dick Grayson secret identities. You can almost imagine Adam West… haltingly… speaking… his lines.

The only thing better than one Bat vehicle is four Bat vehicles, right? Oh yes. The Ultimate Batmobile, inspired by the goofiness of The Lego Batman Movie, is a 1,456-piece monstrosity made up of the titular car, Batcycle, Bat-Tank, and Batwing. The four vehicles smartly connect with one another into one giant, hulking Batmobile that looks like something out of a Frank Miller comic. The four vehicles also have their own drivers, with mini-figures including Batman, Robin, Batgirl and a Batsuit-bedecked Alfred. The set also comes with a light-up Bat signal and mini-figures of the Caped Crusaders’ most feared villains… the Wicked Witch of the West and Polka-Dot Man?