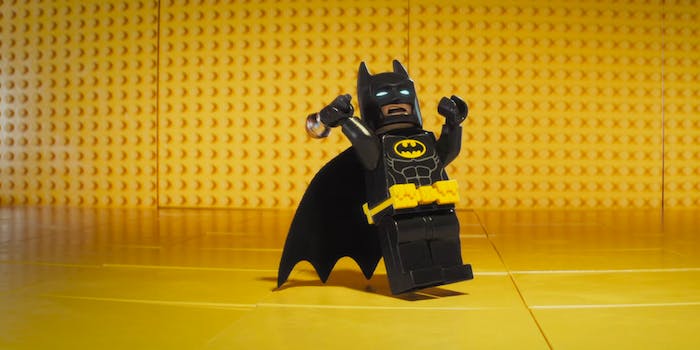 Just another day at the office.

Lego Batman is ready to drop the mic in his own movie trailer—and it’s not just darkness, no parents.

The Lego Movie’s Batman (voiced by Will Arnett) has his own film, and while it doesn’t come out until 2017, we’re already excited for it based on the first trailer alone. He breaks the fourth wall, starts beatboxing, and insists he made this movie, and shows off the lighter side of the Dark Knight—a big contrast to the other Batman movie Warner Bros. is pushing this week.

And we get to see Batman kick back in style after a night of kicking Lego butt.

Go on, eat that lobster, Lego Batman. You do deserve it.