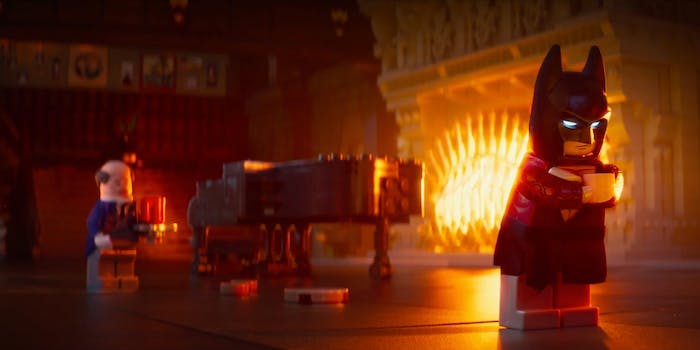 Nobody is more excited for The Lego Batman Movie than Lego Batman himself—so excited that he’s releasing the second teaser trailer in less than a week.

The new trailer began airing in front of Batman v Superman: Dawn of Justice on Thursday night, but it didn’t make its way online until today. It’s not only another display of how perfect Will Arnett’s Batman is, but also an excellent commentary on the movie that audiences were about to see.

Every so often, Batman gets weird about his parents’ death, and Alfred has an excellent memory of those phases. In the teaser, he reminds Bruce Wayne of nearly every Batman movie in the past 26 years, with every instance of Batman’s feelings reemerging, along with “that weird one in 1966.” He, too, remembers the nipple suit.

Considering how Batman v Superman opened, this teaser is basically, if unintentionally, perfect.