Could this fun Lego build be hinting at plot points for 'Age of Ultron'?

Is it possible for Lego toys to spoil a movie? That’s what I’ll be wondering for the next month having just built the new Avengers Quinjet City Chase set.

There’s quite a bit packed into this set, which seems deceptively small at just 722 pieces. Aside from the iconic jet itself, there’s a motorcyle, van and five minifigures, including Captain America, Iron Man, Black Widow and, for the first time, the villainous robot Ultron and his heroic counterpart, the Vision. 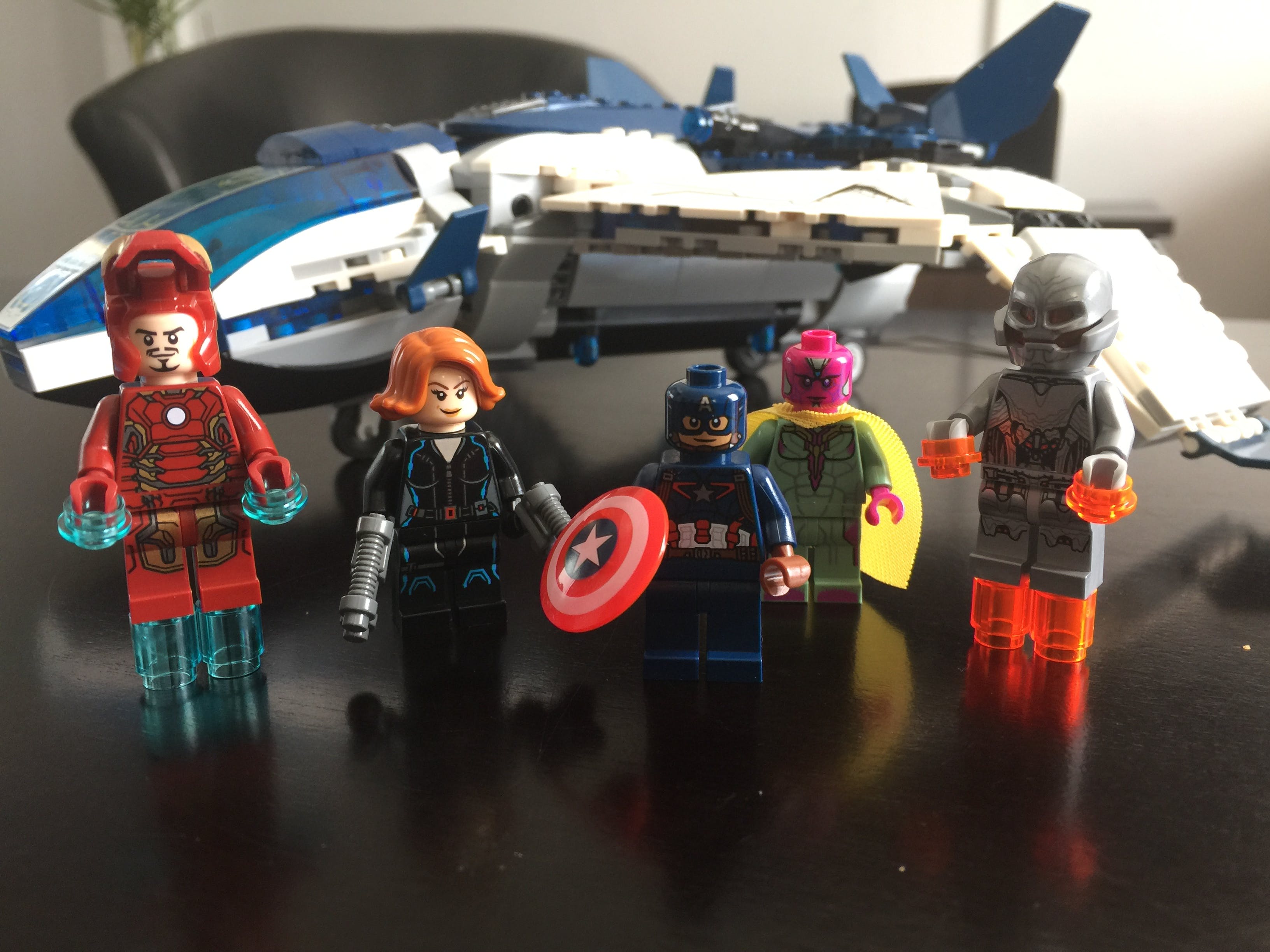 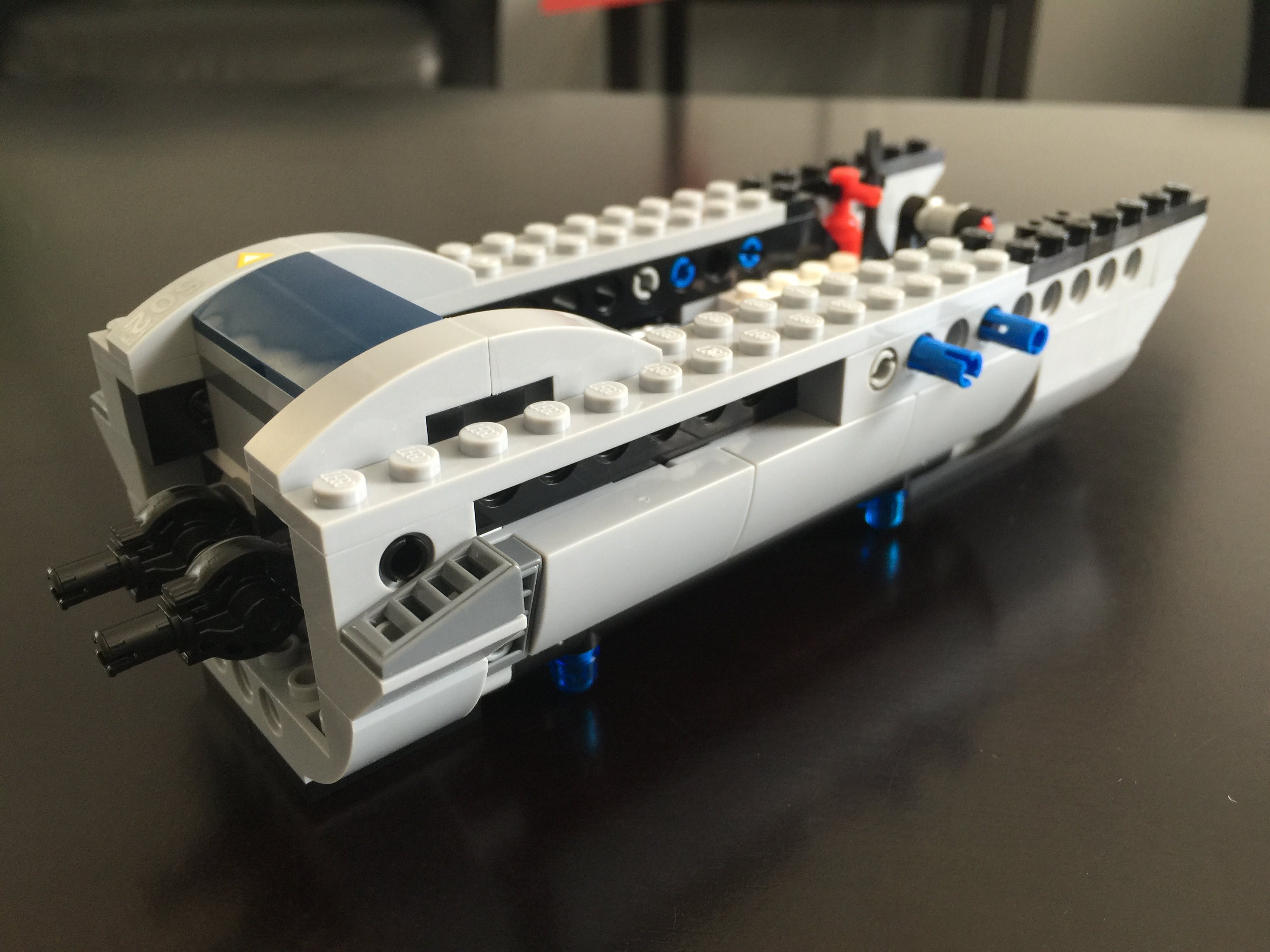 Trailers for Avengers: The Age of Ultron, which opens on May 1, have revealed quite a bit about what we can expect from the movie—Hulkbuster Iron Man versus the Hulk, squee!— but there’s also a lot that has been kept secret.

Case in point: the Vision. The android is being played by Paul Bettany, but that’s pretty much all we know about his cinematic origin and role so far.

The Quinjet City Chase, however, comes with a mini-comic book that perhaps gives some plot points away. Be warned: potential spoilers ahead! 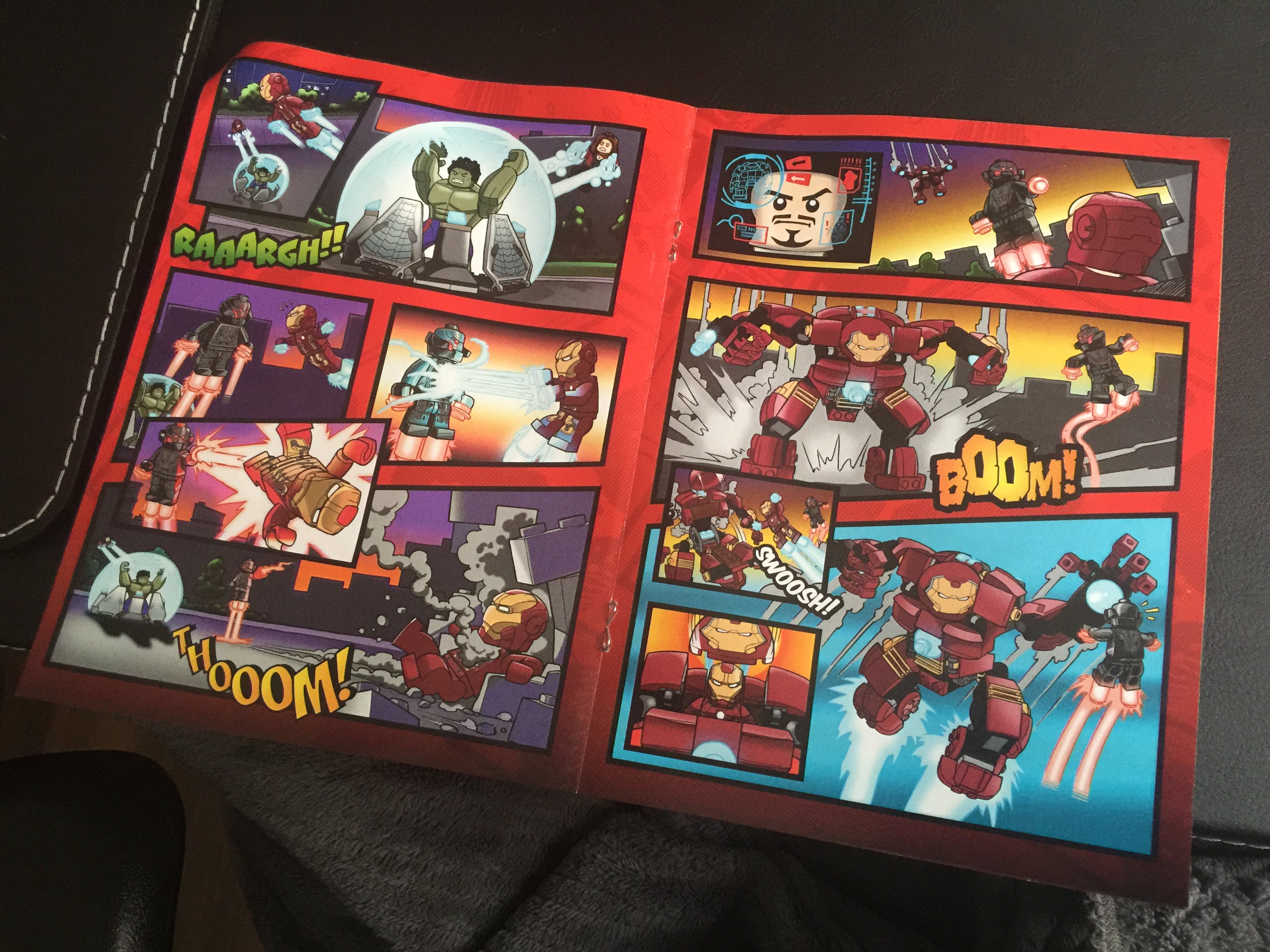 The comic opens with Thor and Hawkeye chasing a Hydra dune buggy in their S.H.I.E.L.D.-issue jeep. They dispatch the enemy and find what appears to be Loki’s staff in the back of his vehicle.

Cut to Avengers Tower, where the computer system comes alive on its own and builds Ultron from scrap parts. The crazed robot attacks Tony Stark, who launches Iron Man drones—the Iron Legion, according to the list of Lego minifigures on the back of the comic.

The battle doesn’t go well, so Stark calls in his Hulkbuster armor. The Hulk, meanwhile, has been incapacitated by the Scarlet Witch. The continuing melee frees him, and it looks like the two titans are about to clash.

But then we cut to Captain America and the Black Widow in the Quinjet. They’re chasing a van that has Korean writing and the words “Cho Research” on its side. It’s being carried away by another Ultron robot, which is evidently where the Lego set fits in.

The Avengers smash the van and out of the wreckage steps the enigmatic Vision.

It seems clear that Cho Research is somehow tied to the creation of the Vision. The company itself also likely links to Amadeus Cho, the Korean-American genius and erstwhile Hulk sidekick in the Marvel comics. 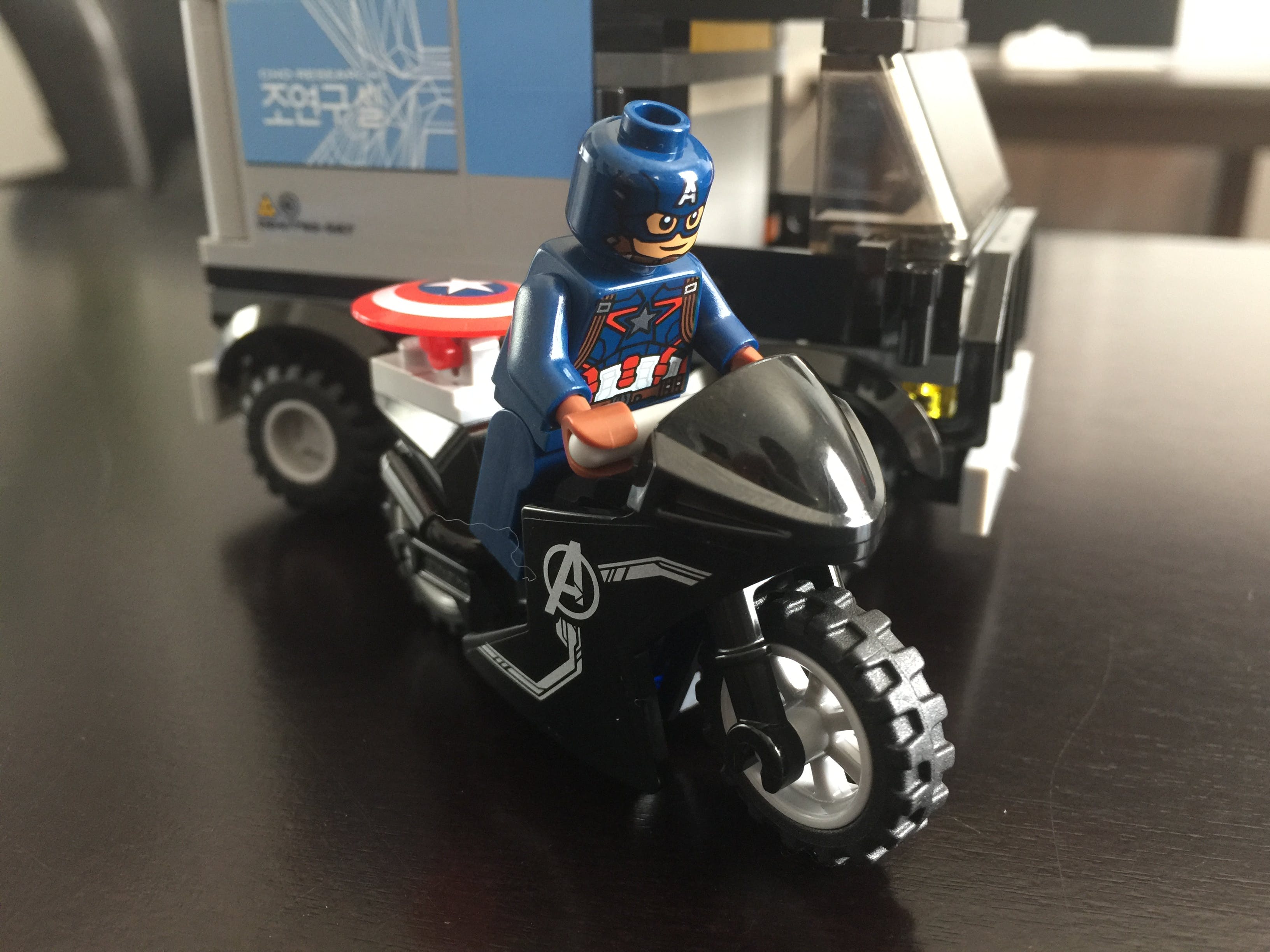 All told, these are pretty significant spoilers if they indeed happen in the movie. The comic is a little hard to interpret, given that it’s only pictures, no words. But still: thanks for the info, Lego.

The $79 toy set itself is one of the Danish company’s most-efficient and fun-to-build mid-range products yet. 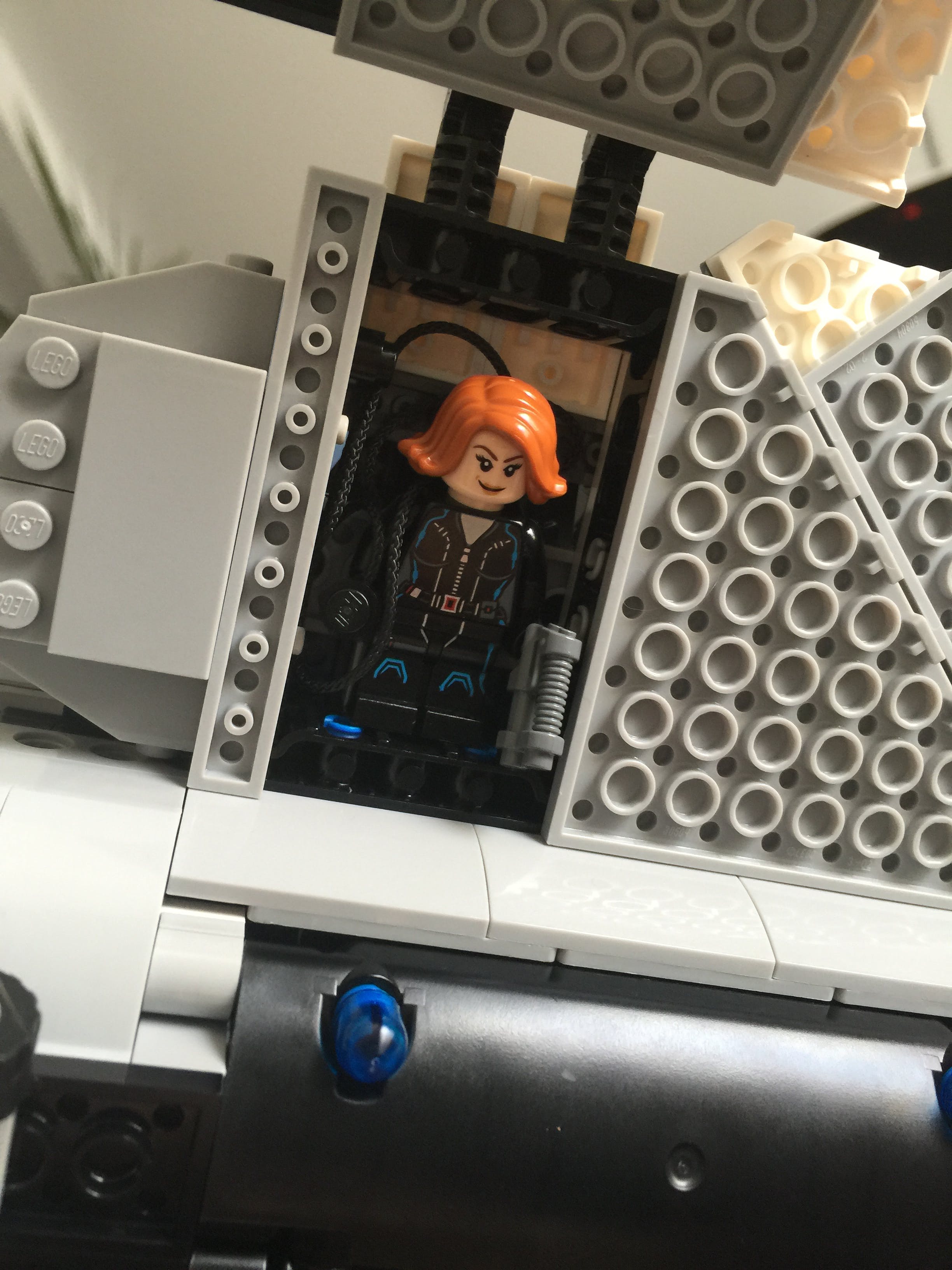 The Quinjet holds a number of surprises. Built into its core is a chamber that houses Captain America’s motorcycle. A button swings the hull open, dropping the bike and its rider onto the ground below. A swinging hatch on top also allows for ejection that way.

The right wing also has an alcove built into that doesn’t make sense until the very end of the build. It turns out Black Widow can be tucked into it, only to eject down onto a rope with the push of a button. 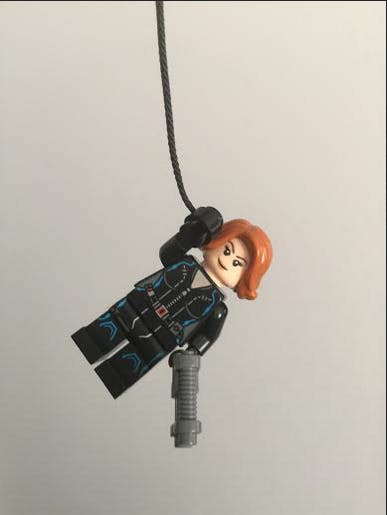 Finally, there’s an alcove at the jet’s back from which Iron Man can launch. In the end, you can hide all four Avengers within the Quinjet, with the Vision in the cockpit.

I actually had to stop about halfway through building to see if I was missing pieces. With the main hull done, I was wondering where the wings, cockpit and other accoutrements would come from.

It turns out the set design is very smart, with all of that stuff cleverly coming from relatively small parts that don’t take up a lot of space.

It’s a design worthy of Amadeus Cho himself.