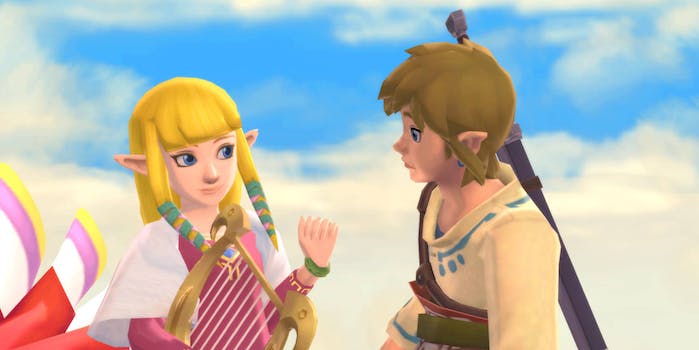 GameStop wedding with Legend of Zelda cosplay is the sweetest, nerdiest thing

A couple decided to get married inside of a local GameStop dressed as Link and Zelda.

We’ve seen Mario– and Halo-inspired weddings in the past, but one couple on Honesdale, Penn., has taken video-game-inspired weddings to a whole new level by sharing their vows inside of a local Gamestop store.

While it’s definitely an odd choice of wedding location, there’s a reason for it: Robert Piazza and Christa Slayton met at that exact GameStop during a Mario Kart tournament. Obviously, the two really hit it off. Of course there was cosplay, with Piazza dressed up as Link and Slayton as Princess Zelda. Nintendo of America even hosted the wedding along with GameStop.

We’re not sure if the GameStop allowed dancing and food, but there was a Super Smash Bros. tournament afterwards.