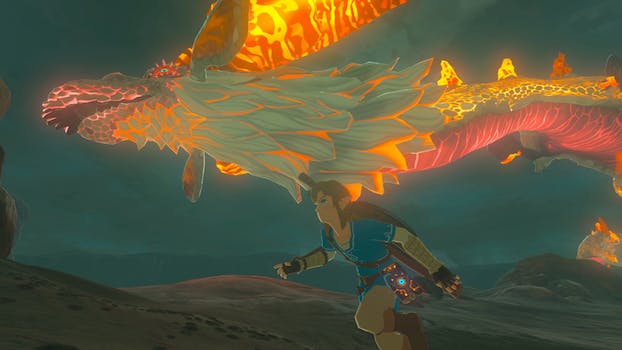 Review: Legend of Zelda: Breath of the Wild is a masterpiece

Nintendo Switch launches with what could be the console's best game.

There has never been a small Legend of Zelda game. Since the series’ start in 1986, instant classics like Ocarina of Time and A Link to the Past have been universally acclaimed as some of the greatest achievements in the medium.

Even seemingly inconsequential handheld entries pushed innovative control schemes and cooperative multiplayer that changed fan’s understanding of Zelda’s core mechanics. And now, after years of development and delays, the latest entry in the iconic series has finally arrived in the form of another franchise first: an expansive open world.

In many ways, Breath of the Wild is the biggest Zelda game of all time. Following the tepid reception of the Wii U, this game arrives as the herald of Nintendo’s new system, the Switch. This title dominates the launch lineup of the portable hybrid console, signaling the end of the Wii U era as well as the potential of the new machine. This time around, Hyrule itself is free of any boundaries, inviting players to an open-ended quest that simultaneously flips the idea of what it means to be a Zelda game on its head while telling an emotionally resonant tale within the 30-year-old canon.

Each and every impulse you may have while exploring Hyrule is respected and rewarded. Treasure chests with powerful weapons are hidden within caves and high up on cliffs, and the layer of side quests to complete almost never ceases. Before turning over full control, a short list of things that should be done eventually is presented, but never once does it impede you from steering the journey in another direction. It would be easy to feel overwhelmed by the endless procession of collectible components, but just as easy to lose a dozen hours traveling between intersecting country roads and climbing high enough to enjoy every gorgeous vista.

There are more than 100 shrines scattered around, offering a single slice of the traditional platforming puzzles that rely on Link’s special abilities and the player’s intuition. Shrines are sometimes surrounded by combat challenges and environmental barriers that have to be solved before access is given. They serve as fast-travel beacons after they’re cleared. Characters encountered at villages can point you toward some of the more mysterious locations, and occasionally you might stumble into situations that reveal a new layer of intrigue, but almost every development depends on your capacity for curiosity.

A Studio Ghibli-inspired art style makes for gorgeous presentation that carries over to small environmental details and memorable characters’ facial animations. For the first time, important characters are given spoken dialogue with full voice acting. Initially, it is surprising to hear Zora and Gorons speaking out loud, but most of the long speeches are saved for key story moments, adding gravitas to the hefty narrative. Players are tasked with deciding in what order they want to tackle the storyline, or even if at all, before rushing toward the final boss.

With such a relaxed approach to progression, it may seem at first that the narrative has taken a backseat to polished gameplay. However, the story told in Breath of the Wild takes a unique risk that pays off within the context of the most open-ended Zelda game yet. There are many questions presented in the opening hours, and the answers rely on you stumbling across the vague clues hidden around Hyrule.

Breath of the Wild’s only tangible constraint is how creative the player can be at any given moment. The game is genuinely challenging, with secrets and rewards to be found around every corner. As you play, the staggering amount of ways in which you can interact with Hyrule naturally reveal themselves. There is always something new to discover, but at your own pace. Somehow, the adventure never loses momentum over dozens of hours of exploration, the inspired design holds up, making for an unmistakable Zelda game that completely changes everything expected from the series. After spending so much time with Breath of the Wild, it is already hard to imagine going back to the antiquated presentation of the past.

Disclaimer: This game was reviewed on a Nintendo Switch console prior to release, provided by Nintendo.