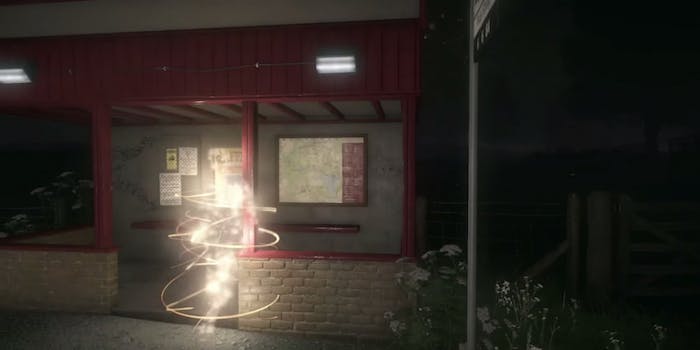 Tell your family and friends every day how much you love them, because you never know when they’re going to vanish.

Everybody’s Gone to the Rapture is a story-driven, first-person perspective game about an English valley from which everyone has vanished. In the launch trailer a doctor argues with a colleague over whether she should flee in the face of calamity, or stay where she is and try to fix the problem she is apparently responsible for.

Considering the doctor identifies herself at the beginning of the trailer as “the only one left” it seems as though she failed.

Everybody’s Gone to the Rapture is the spiritual successor to Dear Esther, the groundbreaking narrative game developed by The Chinese Room that was released originally as a free Source engine mod in 2008 and later released as a polished, commercial product in 2012.

In Dear Esther the player explores an island while triggering voice-over sequences. There is a level-based structure to the game, i.e. you exit one area entirely before entering the next, but otherwise the game is entirely non-linear and the precise prompts for the voice overs are never made clear, which encourages thorough exploration.

There was never a clear-cut answer given to explain the events and environments of Dear Esther. We imagine that Everybody’s Gone to the Rapture will similarly leave things up to the player in terms of figuring out what happened, but the trailer does drop one tantalizing hint: the name “Valis.”

Valis is a Philip K. Dick novel about an alien satellite network that can beam information into the minds of humans on Earth. The woman in the voiceover for the Everybody’s Gone to the Rapture trailer is clearly a scientist. We saw several “Valis towers” in the launch trailer, all of which look like they were built for astronomical research.

You may begin there with trying to figure out what Everybody’s Gone to the Rapture will ultimately be about. A new behind-the-scenes trailer for the game will also fuel the fires of speculation.

Everybody’s Gone to the Rapture will be released exclusively for the PlayStation 4 on Aug. 11.