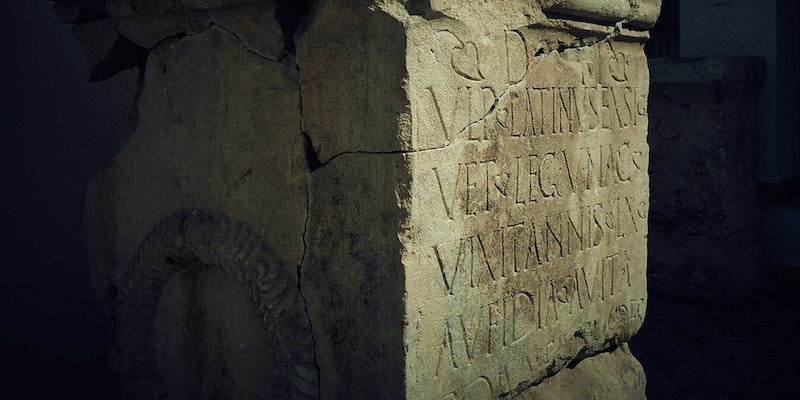 How language nerds create Latin words for the 21st century

How language nerds create Latin words for the 21st century.

The Latin word for “world wide web” is tela totius terrae. Which is weird, because Latin is a dead language.

How can there be a word for “world wide web” in a language that died long before the Internet was invented? The answer is complicated, a bit geeky, and a lot of fun if you enjoy language games.

How new words are born

In living languages like English, new words (“neologisms”) are born all the time. It starts when someone deliberately invents a word, like cyberspace (created by William Gibson) or blog (Peter Merholz), or a new term becomes trendy in pop culture, like hater or bromance. For a while it is considered pop culture slang, but if it is used by enough people for a long enough time then boom! It is part of the language.

Of course there are some fuddy-duddies who don’t consider freshly minted words like chillax or sexting to be “real English.” But whether you like it or not, language is always evolving. Even commonplace English words like “telephone” had to start somewhere. (That one was created in 1830 by Jean-François Sudré before it was hijacked by Alexander Graham Bell.)

Deciding what words are “real” in English (or any other language) is a nebulous affair. There is no official gatekeeper for what is or is not an official English word. Some people believe a word becomes part of English when it is added to the dictionary, but that is actually backwards: The people who maintain dictionaries monitor the use of new words across our culture. They only add a word to the dictionary after they feel it has already become part of normal day-to-day speech.

This brings us back to the problem with Latin. If there is no such thing as normal day-to-day speech in Latin, how can it ever gain new words?

The term “world wide web” is a combination of three simple words, so you might think that you can just take the Latin word for each and put them together. Not so fast. For one thing, the word “wide” can mean many things in different contexts, and could be translated variously as latus (broad), prolixus (stretching), extensus (spread out), or capax (spacious), to name only a few examples.

In this case, you have to dig a little deeper. The phrase “world wide” means something specific in English: across the entire world. There is a phrase for that in Latin: totius terra. The word “web” could also be translated many ways, but the best choice turns out to be tela. Thus, we get tela totius terrae as “web of the entire world.” The reason the last word is terrae rather than terra is a matter of Latin grammar and way too complex to get into here.

Your eyes may be glazing over a little, but it’s important to realize that even a seemingly simple case like “world wide web” involves a lot of thought and knowledge. You can’t just go to Google Translate and type in a few words and expect to get something that makes sense.

Nonetheless, “world wide web” is one of the easy cases. Other similar examples include FAQ (Frequenter Allatae Quaestiones) and URL (Universale Rerum Locatrum). Most cases are not that easy. What about the Latin word for hashtag? Or blog? Or browser? Anyone can make a guess. The best word for “browser” might be exhibitrum, because it is a thing that displays information. But it also might be navigatrum, because it lets you navigate through interconnected data. How do you know which is correct, and who decides?

Calling in the experts

Expertise in Latin is currently confined to a few organizations, including the Catholic Church, and a handful of academics and enthusiasts. Some of these experts have published up-to-date dictionaries of Latin with modern terms. The Vatican’s Lexicon Recentis Latinitas (Recent Words in Latin), published in 2003, is an extensive and well-researched book providing entertaining gems such as tempus maximae frequentiae (rush hour), telephonium albo televisifico coniunctum (video telephone), and ludus pilae et basium (baseball or literally “game of ball and bases”).

You might wonder: How do these experts come up with these terms? Do they just make them up? Yes and no. Some of the decisions they make are arbitrary; however, most of their choices are based on extensive and in-depth knowledge not only of the language, but also of the culture and history of its use. They consider roots, grammatical endings and inflection, knowledge of how Latin borrowed from other languages such as Greek, and what conventions made certain words sound natural to native Latin speakers 2,000 years ago. All of these factors are taken into account when these authors pick the best, most sensible Latinized term for a modern-day concept.

Do they always agree? Of course not. Different experts have different philosophies about the best way to coin new terms. The book released by the Vatican, for example, is much more formal than the “common language” books by Eichenseer and Helfer, and often chooses extremely long-winded and descriptive phrases over more compact but natural-sounding Latin words.

It doesn’t really make sense to ask which is right either, because language doesn’t work that way. As I mentioned at the beginning, there is no gatekeeper for the truth of any language, either living or dead. If two different Latin neologisms follow the rules of the language and all appropriate historical conventions, then in a very real sense both words are equally correct.

The gaggle of geeks

You can do it, too. That is, you don’t have to publish a book on Latin to create a new Latin word. There are small communities of passionate Latin language aficionados who gather online to debate and decide on the best possible Latinization of various modern terms. One of the most active and intellectual of these communities can be found on the discussion board Latin D.

You can go take a look on your own if you are interested, but just to give you a taste of the complexity involved in these discussions, I’d like to present to you a quick summary of just some of the points that came up in the discussion of the Latin word for “blog”:

1) One person suggested that since tela is used for “web” in tela totius terrae, that sets a precedent for the term “web”.  As a result ephemeris telaris would be a sensible word for “web journal.”

2) Another person pointed out that if the root log in “weblog” originated from the Greek “logos” then perhaps it could operate like the word dialogue (Latin: dialogus) and epilogue (Latin: epilogus), leading to blogus.

3) This lead to an entire side discussion about whether the root “log” in “weblog” comes from Greek. The general consensus was that it comes from Norwegian instead, so back to the drawing board.

4) Someone then pointed out that having a word ending in -g sounds very unnatural in Latin, and that perhaps it should be avoided entirely. He suggested blox as an alternative.

Of course, the conversation continued well after that point. Was the question ever resolved? Was there a final verdict? Is there now a one true and official Latin word for blog?

You know the answer to that already—of course not.

So it turns out that even dead languages evolve and get new words. The process is a little different than it is with living languages and in some ways it is more difficult. With living languages, all you need to do is convince enough people to start using your made-up word (woot), and it can become part of the language by default. With a dead language like Latin, you have to work a little harder. Try to convince an expert, or a gaggle of language nerds, who will scrutinize it and apply all sorts of rules to it to see if it seems like proper Latin. The process is messy and social and always evolving, because that is how language works. It only proves that no language is ever really dead as long as there are people who are passionate about using it.

Photo by fusion-of-horizons/photopin (CC by 2.0)