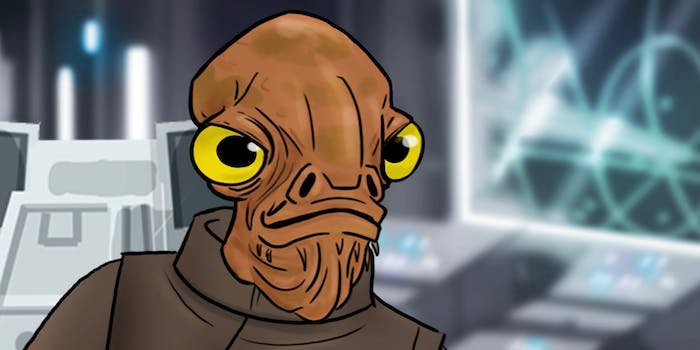 How It Should Have Ended/YouTube

If someone complained about it, it's probably addressed in here.

By now we’ve seen the many, many criticisms people had about Star Wars: The Last Jedi and the choices it made, as well as Rian Johnson’s attempts to explain it. And although The Last Jedi is unapologetic about the course it took veering off the Star Wars path, the webseries How It Should Have Ended is giving fans the familiar and predictable movie they think they wanted.

In about seven minutes HISHE covers just about every major criticism and complaint about “plot holes” The Last Jedi had, and it’s silly enough that even people who liked the film can laugh at it. It gives fans the Snoke backstory they thought they wanted and a resolution to Rey’s parentage that quickly goes off the rails. Admiral Ackbar makes a triumphant (and unlikely) last-minute exit from the bridge that saves him from the vacuums of space and effectively steps into Vice Admiral Holdo’s role—and he explains the plan to evacuate to Crait just in case. Finn and Poe both die numerous times throughout and it includes an epic (but highly improbable) showdown between the Resistance and the First Order.

What it does—apart from playing out the scenarios some fans wanted, including some that basically cut out essential characters—is lightly poke fun at those criticisms themselves. Many of the scenarios that HISHE depicts break the fourth wall to point out their absurdity and they’re self-referential and call back to the original trilogy in a way that was criticized in The Force Awakens.

Would it have been awesome to see some of those on-screen? Of course! But even without the controversies to fuel conversation around The Last Jedi—as well as the fact that Star Wars is so massive that you can’t please every fan—it’s not as likely that that movie would’ve sparked the character dissections and discussion had it gone for crowd-pleasing moments.