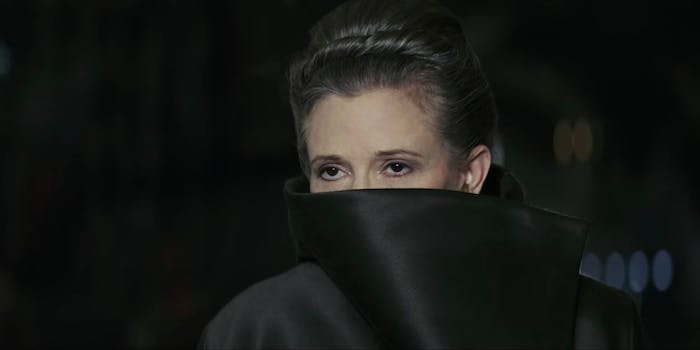 It has a lot to offer.

Star Wars: The Last Jedi packed a punch in theaters with the longest run time of any Star Wars movie, but now there will soon be even more footage for fans to pour over.

Lucasfilm revealed that the home release of The Last Jedi will include more than two hours of bonus footage including extensive behind-the-scenes looks at what went into making the film, commentary, and a dive into several major scenes. Director Rian Johnson is there to break down several of those moments, Jedi mythology, and what it was like to make the movie—and even reveals parts of Andy Serkis’ motion-capture performance as Supreme Leader Snoke before the visual effects kick in. Johnson will also provide audio commentary for the film.

The home release will include 14 deleted scenes, and while Lucasfilm doesn’t reveal what we’ll see, we might have a few ideas. Johnson’s original cut of The Last Jedi was more than three hours long and between interviews and photos from official tie-in books we already know about several scenes that were cut—including Luke Skywalker’s third lesson on Ahch-To.

And if you’re especially interested in everything porg that Star Wars has to offer, you’ll want to check out Target’s Blu-ray release, which has an exclusive bonus feature titled “Meet the Porgs” that will reveal more about the creation of these delightful creatures.

To accompany the announcement, Lucasfilm released a new trailer for The Last Jedi, and this one is packed with much more footage, including some of the film’s most talked-about scenes and revelations. If you’re waiting for the home release to finally experience The Last Jedi, you should probably hold off on watching this.

The Last Jedi will be available digitally on March 13 and on 4K Ultra, Blu-ray, DVD, and On-Demand March 27.