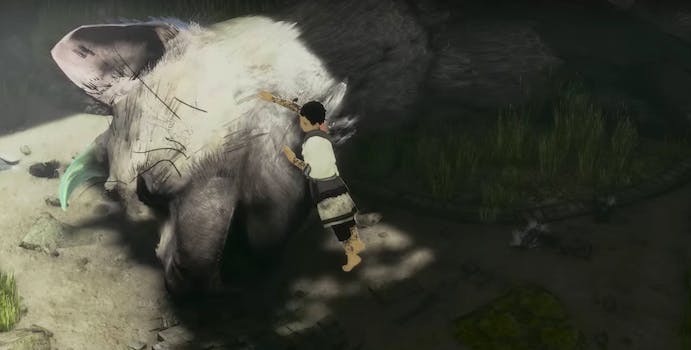 The Last Guardian is delayed—again

The good news? It's a short delay.

After years of delays, another release date bump on The Last Guardian has some gamers in meltdown mode.

It’s hard to blame them. The gorgeously animated action-adventure epic from SEI Japan Studio and genDesign has been in development since 2007 and was announced at E3 back in 2009 for PlayStation 3. Though notoriously delayed, those who have been following The Last Guardian‘s development were hopeful they’d have the game, now a PlayStation 4 exclusive, in their hands on Oct. 25.

According to an update posted Monday morning on the PlayStation blog, the release has been pushed back to Dec. 6.

Fumito Ueda, gen DESIGN and JAPAN Studio have a wonderful vision for The Last Guardian’s touching, emotional journey of friendship and trust, and we want to deliver the most polished experience possible for our fans who have supported us for so long. A delay is a difficult decision, particularly with this game, but we have encountered more bugs than anticipated while in the final stages of development. To ensure that The Last Guardian delivers on the experience that the game’s creators have envisioned, we need to take the extra time to work on those issues.

Our development continues to push itself to the fullest and we look forward to revealing new content toward launch.

The new date means the game will still be out in time for the holidays, but after almost 10 years, nobody was pleased to hear about yet another delay.

I woke up, greeted the sun and said "today is gonna be good". Then #Lastguardian was delayed #FML See you in December bird-dog!

The #TheLastGuardian is delayed….again. After 9 years, can this game even live up to its expectations anymore?

And after almost 10 years, nobody was particularly shocked either.

Hand's up who's surprised #TheLastGuardian has been delayed again? no one? oh ok…. #PS4 #gaming #gamer