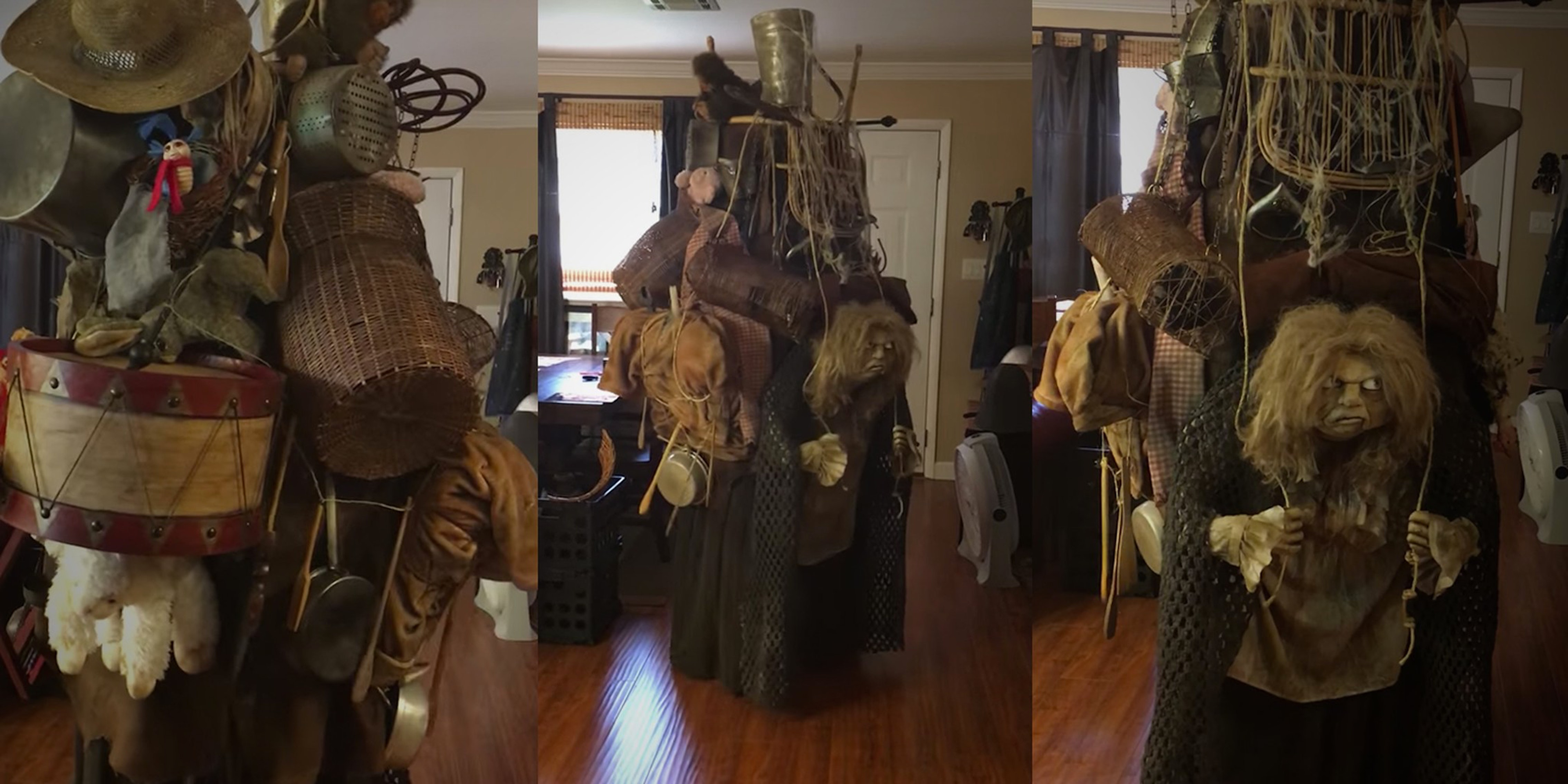 Why don't you look where you're going, young woman?

The talented puppet-master Jim Henson populated the beloved 1980s film Labyrinth with a host of memorable characters. But most cosplayers pick favorites like Sarah and Jareth, and the film’s minor players really don’t get enough costume love.

But one absolutely ingenious cosplayer has changed that. If you’ve seen the film, you’ll recall that Sarah has an encounter with a woman in a junkyard whose back is piled high with forgotten trash. Hardcore Henson fans might even notice that this junk lady sounds a bit like Lord Chamberlain from The Dark Crystal.

The junk lady is an incredibly daunting cosplay to attempt, but any serious cosplayer will tell you that that’s part of the fun. Jen and John Yates of Epbot must have considered it the perfect challenge, because the couple is putting the finishing touches on the costume, which Jen says she’ll premiere at MegaCon this weekend.

If you’re impressed with the final product, wait until you see the step-by-step process of creating it, which the couple thoughtfully documented in their latest blog post. 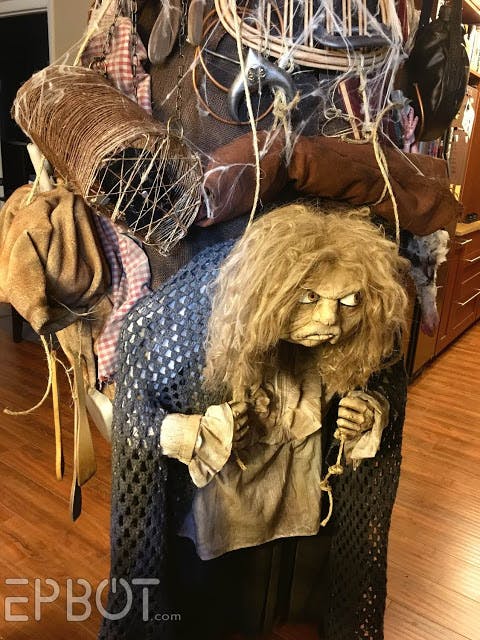 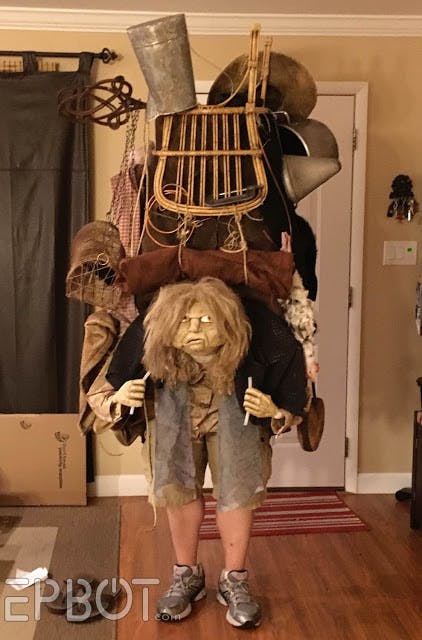 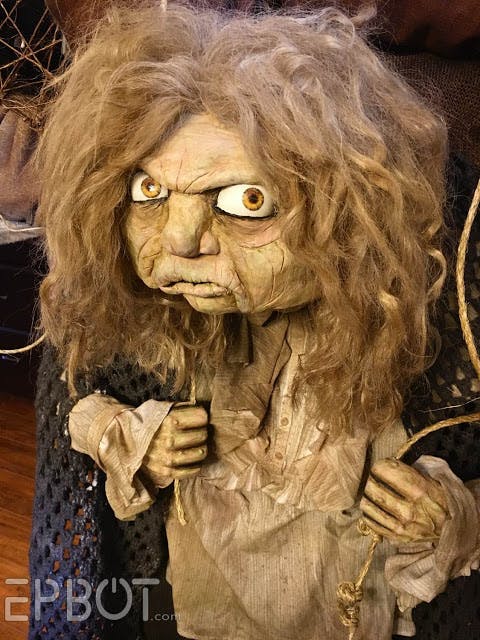 There’s a remarkable showing of love for the source material in this costume. When she turns around, there are even a few easter eggs—not because they were necessary, but because they were fun to make. As Jen said in her blog post, the whole project was “a total blast.” 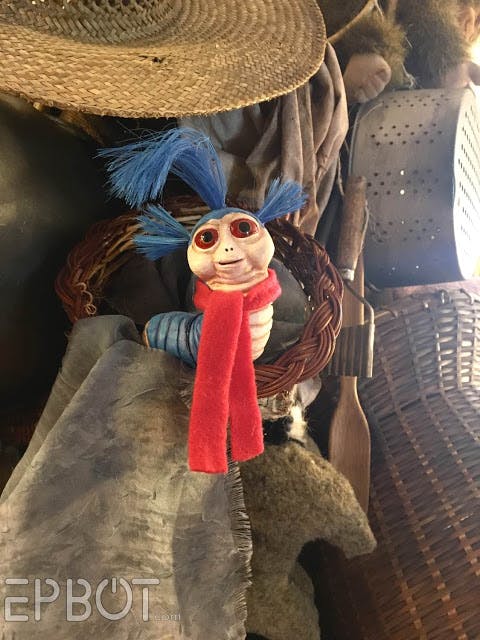 If you think Junk Lady looks heavy, you’re right. Jen said that the costume weighs roughly 37 pounds, and the couple had to build a fan inside it to keep her cool.

Don’t be disappointed if you want to see the costume in person but can’t make it to MegaCon, because Jen and John plan to take it to Dragon*Con, too. And if you’ve never seen Jen’s Lady Vadore cosplay, check it out so you can marvel some more.