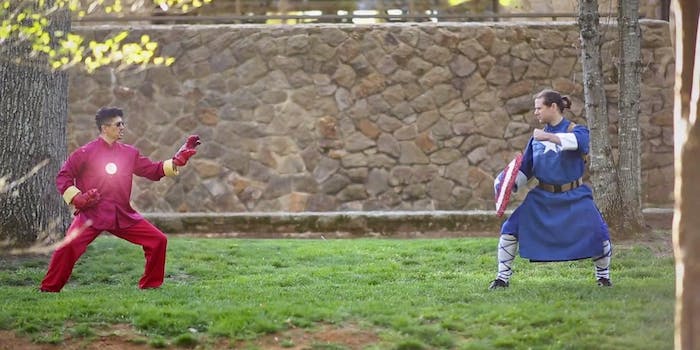 This clever fan film by YouTube geek channel BeatDownBoogie is an unabashed love song to badly dubbed martial arts films of the ’70s and ’80s, complete with awkward dialogue and cheesy battle taunts.

But the best part is that the fight choreography is real, and the actors actually know kung fu. Take that, Keanu.