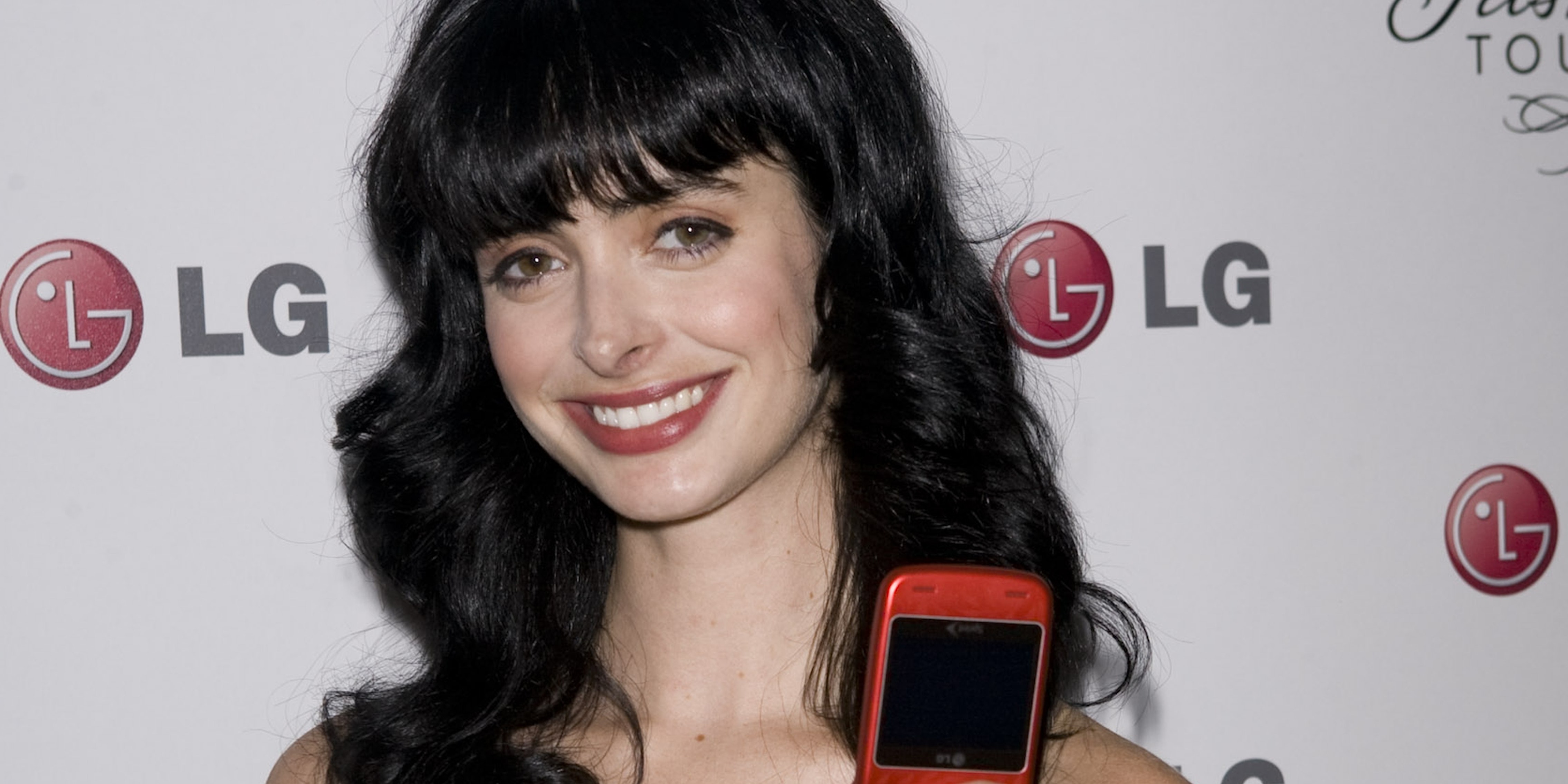 Everything you need to know about ‘Jessica Jones’ star Krysten Ritter

It's about damn time she had her moment.

If Krysten Ritter is having her moment, it’s about damn time.

The star of Marvel’s Jessica Jones has long filled a niche playing the quirky best friend in C-grade romantic comedies. But the problem is that she’s not a Judy Greer or Joan Cusack type: If this were the 1940s, the loose-limbed former model would be a slightly edgier counterpart to Carole Lombard—deadpan and dark where Lombard was effervescent and light. Had Ritter been born just 10 or 15 years earlier, she could have been a Tim Burton muse during the director’s late-‘80s heyday; in fact, the actress looks so much like a Burton character that he cast her in his most recent effort, the so-so Margaret Keane biopic Big Eyes. She has always seemed like she could be the next big thing—if anyone could figure out what to do with her.

Marvel’s Jessica Jones, the studio’s second Netflix adaptation, makes the best use of Ritter’s complex and contradictory gifts yet, playing a superhero-turned-detective in the well-reviewed neo-noir effort. The Daily Dot’s Gavia Baker-Whitelaw called Jessica Jones a “thoughtful and gripping psychological thriller,” and why Ritter works in the role is perhaps the very reason she’s had such a hard time breaking out. What gives her anti-superhero a hypnotic pull is Ritter’s own off-kilter presence—one that’s hard to pin down. When Jessica Jones claims in episode 2 that she can prove Kilgrave exists because she’s “resourceful,” you know she means it. It seems like Ritter is capable of anything.

After all, she has spent years proving it. Since her screen debut in 2001, she’s enjoyed a strange and diverse lineup of roles. Her very first was a walk-on in the forgettable Ashley Judd vehicle Someone Like You. Ritter would then follow that with another background role two years later in the ‘60s coming-of-age drama Mona Lisa Smile—starring Kirsten Dunst, Maggie Gyllenhaal, and Julia Roberts—and a handful of small parts in soap operas (One Life to Live) and short-lived TV shows (Whoopi). In 2004, she was cast in a blink-and-you’ll-miss-it spot on the 14th season of Law and Order, as the secretary of a murdered film producer.

But 2005 gave the young actress (then just 24) her biggest audience yet—in the CW’s great Nancy Drew-meets-Philip Marlowe detective show Veronica Mars. Ritter landed the part of Gia Goodman—whose father, Woody Goodman, owns the local baseball team. But unfortunately, the script gave her little to work with, as was the case when Ritter dropped in on the 7th season of Gilmore Girls. Following a disastrous change in showrunners for the program’s final season, the actress was tasked with a thankless role as Lucy, a college friend Rory meets at an art opening on campus. The friendship was so awkwardly established that Ritter’s character may as well have had air quotes around her; after trying out a love triangle, Gilmore Girls quickly threw “Art Girl” under the bus—all but forgetting she existed.

Ritter was wasted in these roles (and Gia’s appearance in the Veronica Mars movie was basically a glorified cameo), but it’s her trademark oddball charm that made her screen time memorable. She would perfect this persona during a short stint in the late-2000s rom-com mill. Her first romantic comedy was yet another assistant role; this time, she appeared in 27 Dresses as the humorously named “Gina the Goth Girl,” a wedding receptionist at one of the many ceremonies Katherine Heigl’s character attends. In What Happens in Vegas, Ritter has one scene as Ashton Kutcher’s friend with benefits—who waits for him at the door dressed in a sexy Girl Scout costume. She might be onscreen for two minutes, but as the old saying about character actresses goes, “she’s the best thing in it.”

Ritter is more explicitly Joan Cusack-esque in the late P.J. Hogan’s Confessions of a Shopaholic, playing the straight man to Isla Fisher’s bugged-out shopping addict. But she’s always proved she was better than just the put-upon best friend: In both this film and 2010’s She’s Outta My League, Ritter gives off a latter-day Clueless effervescence. Were they ever to remake Amy Heckerling’s classic Valley Girl satire, she would be an utterly ideal Cher Horowitz; perhaps that’s why Heckerling would cast Ritter in the underrated Vamps, across from Alicia Silverstone herself. The tongue-in-cheek vampire comedy smartly played off the actress’ almost innate sarcasm. Even when Ritter’s being completely genuine, there’s an ironic undercurrent to her delivery that gives it bite.

If Ritter always suggested she could do more if given great material, Don’t Trust the B—- in Apartment 23 proved it. The oddball comedy was a troubled casualty of ABC mismarketing, saddled with a terrible title while constantly switching nights. The show, starring Ritter and The Good Wife’s Dreama Walker as a pair of mismatched roommates living in New York City, got a surprise season 2 pickup before being burned off altogether by network execs, who dumped the show’s last few episodes online. A similar fate befell ABC’s Happy Endings, another smart comedy tortured to death by its own network.

Don’t Trust the B—- joins a long list of gone-too-soon cult comedies—like Bryan Fuller’s Wonderfalls and Dead Like Me, Better Off Ted, and likely the CW’s poorly advertised Crazy Ex-Girlfriend. But it’s worth rediscovering for how wonderfully, unbelievably funny Ritter is in it. The half-hour sitcom was intended as a comeback vehicle for James Van Der Beek, who plays a caricature of himself (a la William Shatner). “The Beek” more than holds his own, but it’s Ritter who steals every scene she’s in as Chloe, a unscrupulous socialite who may or may not have a heart of gold—but, like, probably not.

From American Dad and Fresh Off the Boat’s Nahnatchka Khan, Ritter is perfect for Khan’s blend of the pitch black and the downright demented. Don’t Trust the B—- in Apartment 23 is an ideal antidote to the fantasy New York of 2 Broke Girls, in which struggling Brooklyn roommates can still have a pony in their backyard. Chloe and June (Walker) have an unbelievably large Manhattan two-bedroom, but their New York is one in which people are forced to do anything to get by. In the pilot, Chloe attempts to scam June out of her rent money and sells drugs out of her grandmother’s Ottoman. In a later episode, Chloe secretly films videos of herself and her roommate making jam for a niche fetish site—with the help of the pervert who lives next door.

Modern screwball is difficult to pull off, but Ritter makes it look effortless. However, more dramatic roles have given her the chance to explore what’s underneath that fizzy comic persona. In the acclaimed indie Listen Up Philip, Ritter plays the hapless daughter of an emotionally abusive writer (Jonathan Pryce), but she’s perhaps best known for her work on Breaking Bad. Ritter was introduced in season 2 as Jane Margolis, the landlord and later girlfriend of Jesse Pinkman. While she’s a recovering drug addict and a potential trigger for Jesse’s meth habit, Jane also acts as a moral thermostat for the show, and Ritter’s wounded tenderness suggests deep reservoirs of her own pain.

When Jesse begins to spiral into drug addiction—after his friend, Combo, is killed by a rival gang—Jane signals Walter White’s official breaking point and descent into darkness. After Jesse gets her hooked, Jane becomes his worst enabler. Walt (played by three-time Emmy winner Bryan Cranston) is, thus, forced to make a choice between her life and his business, as Jesse’s meth problem threatens the future of their drug operation. In what might be the show’s most harrowing and heartbreaking scene, Walt breaks into their apartment to find that the couple have overdosed and sees Jane choking on her own vomit. He decides to let her die. In many ways, this is the moment Walt became Heisenberg—his own doppelganger.

But since Don’t Trust the B—- and Breaking Bad, the offbeat actress has continued to struggle for both acclaim and recognition (unless you count a Teen Choice Award nod). While there have always been ingenues who don’t neatly fit into a box, Ritter remains one of Hollywood’s most fascinating contradictions: The second coming of Parker Posey, she’s dismissed as too classically pretty to be the best friend and too eccentric to be a cookie-cutter lead. But Posey, a ‘90s staple and Christopher Guest favorite, continued to shine in small indie projects and supporting roles in studio films throughout her career (Josie and the Pussycats, You’ve Got Mail). Posey is rarely the star, but she’s always the reason you keep watching.

Playing a deranged socialite might have proved Ritter has some of the Party Girl’s DNA in her, but Ritter seems to be taking a page out of her Marvel character’s playbook by forging her own unique path. If she has promised that Jessica Jones will be like nothing else on TV, there’s a reason for that: For 12 years, there’s been nothing else like Ritter anywhere. And it’s time for Hollywood’s almost “It Girl” to finally get her due.