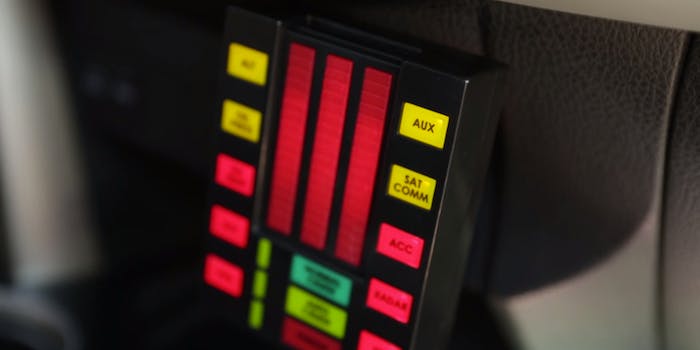 Finally, a phone charger that turns your car into KITT from ‘Knight Rider’

The Pontiac Trans Am is not included.

We’re still waiting for complex cars that can talk to us, but a cellphone charger will bring us much closer to that reality.

Thanks to ThinkGeek, you can now have your very own KITT unit that also doubles as a USB car charger. It runs on a 12V vehicle power socket, aka a cigarette lighter, and once you’re plugged in you’ll be able to charge up to two products that use a USB cable. All you need is to provide the cable.

When KITT is ready to go, he’ll chat up a storm with 11 different phrases from the original Knight Rider TV show—and he’s just as snarky as ever. Do we really need KITT as a charger? No, but we totally want it anyway. And at $29.99, it won’t cost nearly as much as putting a real-life KITT in our cars.

At least unlike Michael Knight, we can mute KITT if he gets to be a little too chatty.