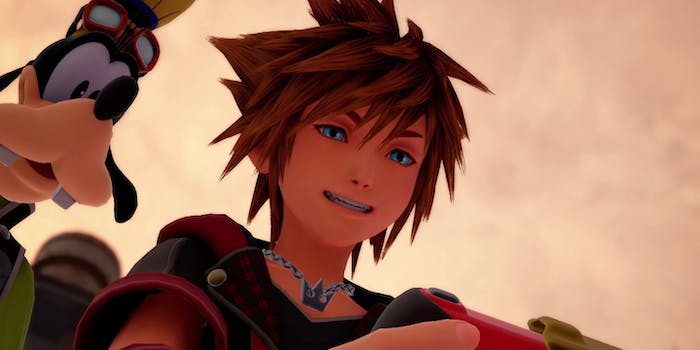 There are more than 20 in total.

Kingdom Hearts 3 will introduce fans to brand new worlds to explore, but new footage reveals that the game will also feature a more retro turn.

The reveal, which came courtesy of a new trailer that first aired at the Kingdom Hearts Union χ[Cross] Dandelion Meeting, features Sora—the protagonist of Kingdom Hearts—being handed a handheld gaming device. When he activates it, he’s able to play a number of mini-games that are “inspired by classic Disney cartoons and 1980’s LCD games.” (Kingdom Hearts Insider says that the device within the game contains more than 20 LCD mini-games in total.)

The Kingdom Hearts series already drew on Disney classics like Steamboat Willie for one of its worlds in Kingdom Hearts 2. That world also used other early Mickey Mouse cartoons, but the homages in the minigames are more explicit as The Barnyard Battle, Giantland, Musical Farmer, and The Karnival Kid all feature in the trailer.

According to its most recent gameplay trailer, Kingdom Hearts 3 will be released sometime in 2018.