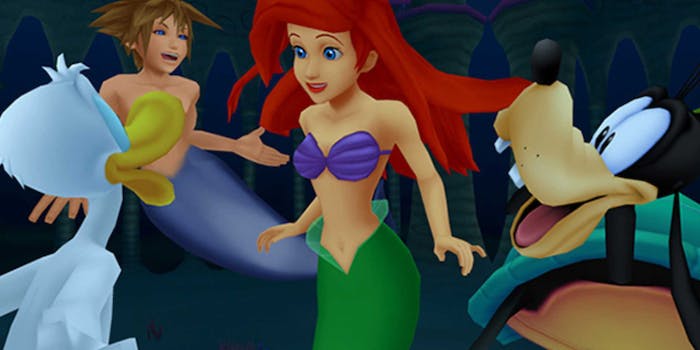 You can finally listen to Kingdom Hearts fully orchestrated

And it sounds so, so sweet.

It feels like we’ve been waiting for forever for Kingdom Hearts 3. At least we can now listen to the series’ music in its fully orchestrated glory on iTunes and loudr.fm.

Project Destati was started from a team of musicians who were inspired by Zelda Reorchestrated. After about a year since their initially announced the project, they have finally put out the fully orchestrated album with blessing from both Disney and Square Enix.

The first two Kingdom Hearts were released on the PlayStation 2. During that console generation, the systems didn’t have the necessary processing power to concurrently play high-quality audio recordings during gameplay. There was an onboard sound card that composers would use to emulate sounds of real instruments.

Yoko Shimomura’s amazing compositions, up until this point, have only been heard in its MIDI construction. With Project Destati, it can give us a glimpse into how Kingdom Hearts 3 will sound when it eventually comes out on PS4 and Xbox One.

You can listen to samples comparing the song Treasured Memories from the PS2 and Project Destati.