The boxes, made of leather, wood, and metal, are customized to look like arcane tomes.

If you’re looking to add another layer of magic to your tabletop gaming experience, then Elderwood Boxes’ latest Kickstarter campaign might be just the thing for you.

You can choose the leather, book cover art, wood base, and interior design. For the interior, you can choose between a card-deck style or a rolling-tray style, in addition to choosing the felt color and reflecting pool metal. These reflecting pools can even act as a dry-erase board so you can keep track of things as you’re gaming.

Quentin Weir and Dan Reiss, the founders of Elderwood Boxes, are serious gamers who also love to build things. They told the Daily Dot in an email interview that they wanted to try another Kickstarter after the success of their first campaign, for Hex Chests to hold Dungeons & Dragons dice. They felt confident about the campaign for those chests after seeing a positive response on Imgur and Reddit.

“We needed to find out if we were just a fluke the first time, or if we could actually create [a] process for building neat nerd stuff,” they said. “It took a few iterations of product designs (not all of which were spellbooks) to arrive at something we loved enough to put out in front of our community again. We posted it back to Imgur and Reddit and again got an awesome response, so we forged ahead.”

The community is definitely coming out in full support of these spellbook cases. Weir and Reiss’ original crowdfunding goal was $5,000, but they quickly surpassed that and have now raised a staggering $148,550. The pair said they were surprised by the overwhelming response and how quickly they were funded, and they said they are grateful for the support. 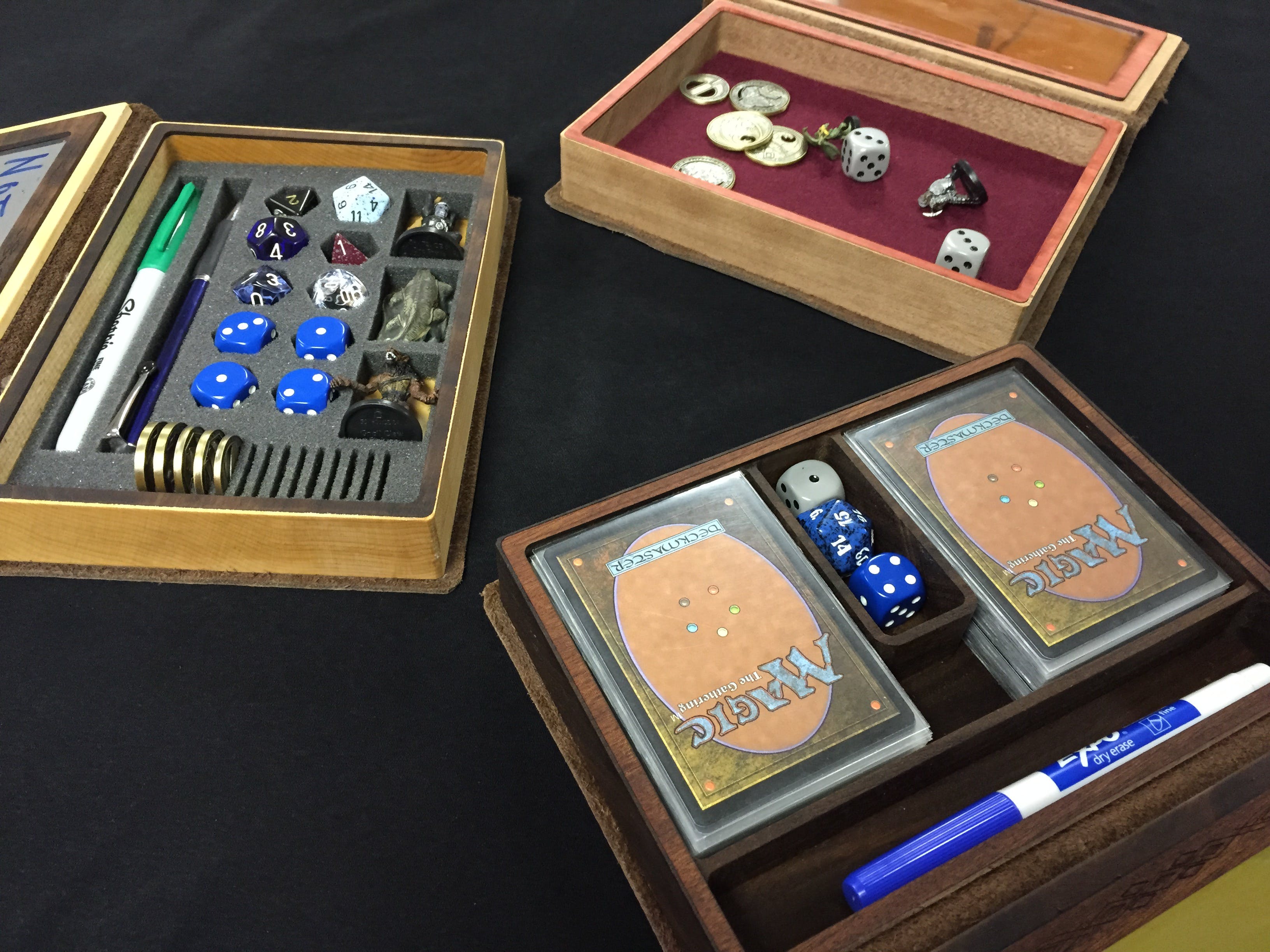 Given how eager tabletop gamers are to enhance their gaming experience with custom accessories that bring them into the game world, it’s only logical that this campaign received sound a massive show of support.

“A lot of tabletop games (especially games like D&D—which is one of our core audiences) are all about storytelling, creating an immersive atmosphere, and diving headfirst into the world in which you are playing,” Weir and Reiss said. “The spellbooks seem to speak to that love of immersion we see in this kind of gamer. A desire to go deeper and to surround yourself with items that carry meaning and extend the story.

“In our specific case, we think a lot of our success comes from the fact that we allow people so many customization options on the products we sell, making it possible for you to make something unique to you. Plus, you know, I think we all wanted a magic spellbook when we were kids, right?”

Clearly the campaign’s 1,235-plus backers agree! The Kickstarter runs for 13 more days, and there’s no telling how much more money it will garner in that time.