The plight of indie game developers on Kickstarter

Several weeks after launching a Kickstarter campaign to fund his indie sidescroller Grave Danger, JB Gaming CEO Jeff Brooks watches as it crawls toward the 10-percent-funded mark. Despite exhaustive planning and a stamp of approval from Kickstarter’s “Projects We Love,” Brooks has plenty of reason to be nervous. With less than a day left in the campaign, he’s only raised a little over $3,000 of his $35,000 goal. He thinks part of his struggle might be due to a larger trust issue in the indie video game community.

“I am a little concerned, as there are a fair number of successfully funded campaigns that still haven’t delivered their games to backers,” Brooks says. “It’s easy to lump any indie developer into that, as most of us are unknown.”

When Kickstarter launched in 2009, it looked like a silver bullet for the industry. Critically acclaimed titles like Superhot, Broken Age, and Hyper Light Drifter were all crowdfunded through the platform. Suddenly, indie developers had an easy way of testing the market for a new game, and fans were excited to be a part of the process, helping will ideas into existence.

But the momentum was short-lived. Prominent games like Yogventures and The Stomping Land raised hundreds of thousands of dollars but failed to deliver, leaving fans hanging for months on end. Perhaps most notably, Mighty No. 9, created by Mega Man designer Keiji Inafune, earned $3,845,170 in pledges but took three years to deliver and earned lukewarm reviews when it finally did. Despite a public apology from Inafune, the mark the project’s failings left on the indie crowdfunding scene couldn’t be scrubbed away. It’s become the de facto cautionary tale in gaming circles.

The number of indie game projects successfully funded on Kickstarter has been on a steady decline since 2013, according to stats Kickstarter provided to the Daily Dot. At the same time, however, the number of developers attempting to crowdfund projects continues to rise. Just 17 percent of Kickstarter video game campaigns met their fundraising goals last year.

For Brooks, that inverse relationship is daunting, and it has him and other developers wondering: Is Kickstarter still a viable avenue for funding indie games?

Why projects fail to deliver

Many people steer clear of crowdfunding indies today for one simple reason: There’s no guarantee you’ll get what you pay for—even if the campaign is successfully funded. As Kickstarter makes clear in its terms of service, the company considers itself a third-party, merely facilitating a transaction between creators and backers (while skimming a percentage off the top). Creators who fail to deliver a final product are only required to “make every reasonable effort to find another way of bringing the project to a satisfying conclusion for their backers.”

But what’s considered satisfactory? Code Hero, a game that promised to teach people how to code their own video games, raked in $170,954 when the project launched on Kickstarter in 2012. The game did not deliver, and the page’s last update in 2014 was a goodbye from its project coordinator that lamented the difficulties of coding the game. In the comments section, some desperate backers are still pleading for their money back.

“(People) don’t have to have a business plan ready to go; they don’t require a prototype or a proof of concept to use Kickstarter, “ says Kunal Majmudar, founder of indie game company SWDTech. “There’s no investment, necessarily, in terms of stakeholder share from the backers. So backers have no recourse. There’s really no incentive to deliver other than getting banned from Kickstarter for a second project.”

It’s easy to conclude that crowdfunding is ripe for scams, but more often than not, what goes on behind the scenes is far less scandalous. In February 2013, for example, programmer Joe Houston of Roxlou Games launched a Kickstarter to fund Unwritten: Passage, a turn-based strategy game about a nomadic clan struggling to survive life in the wilderness. Houston previously worked on major titles like Titanfall, Dishonored, and Uncharted, and he seemed like a perfect candidate to launch an indie title. His project earned a little over $78,000. At first updates were plentiful on the game’s progress, but in late 2013 they slowed, and backers started asking questions. In response, Houston penned a blog in January 2014, admitting that the project had moved to a back burner due to family medical issues. He also offered a refund to any backers who wanted their money back. 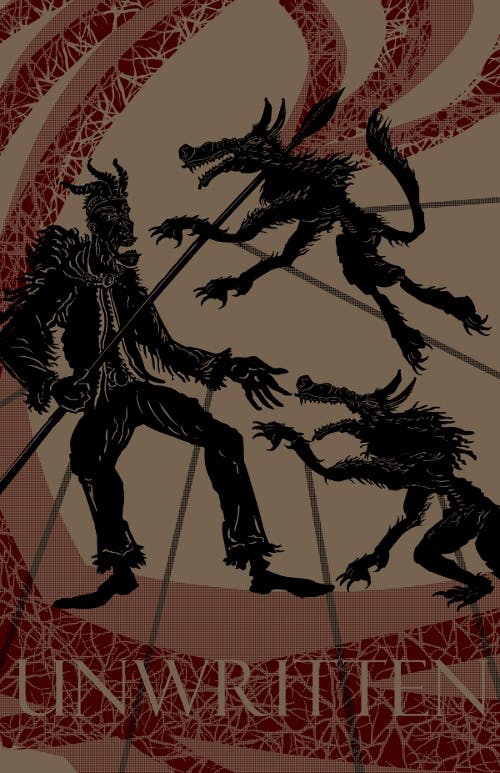 “About 2 percent of the backers took me up on that offer,” Houston tells the Daily Dot. “A lot of people did write to me specifically to say they did not want their money back. And not because they were expecting the game, but because they felt that this is what Kickstarter was for.”

The medical issues Houston referenced included a rollercoaster of personal events: His daughter, Ella, was born premature, and his wife suffered a debilitating mental breakdown, causing severe anxiety attacks. With these challenges at home, Houston went radio silent on Unwritten: Passage, something some backers are still bitter about.

“I was trying to respect the privacy of my wife and my daughter,” Houston said. “This was very tangled because I chose to do a personal project, and it was very difficult. I definitely did make a decision to stop. I probably could have tried to balance in the midst of everything that went on but personally, I had to put my family first.”

As for the Kickstarter funds, Houston claims they were not used on medical bills. Rather, when it came to how much Unwritten: Passage would cost, he severely undershot the target. Ten months into the development process, the project was nearly out of money, which is when Houston decided to offer to refund backers and explain what happened.

In Houston’s home office, he has a wall dedicated to all the projects he’s finished, each one represented with a poster or bit of marketing material from each one. The poster for Unwritten: Passage created for high-tier backers hangs among them. For Houston, it’s both a sad memory and a reminder of a project he still longs to bring closure to in some way.

“It’s a failure to me, personally,” he said. “But I am very proud of what we did manage to accomplish. I think this industry loves to write things off, so I put it up there to leave the possibility open.”

For creators like Jeff Brooks, it’s important to learn from the mistakes of Kickstarter’s past. Luckily, some developers are open about sharing their own failures at crowdfunding.

Kunal Majmudar, founder of indie game company SWDTech, understood the risk when he made his first Kickstarter campaign. He grins as he tells me about all the mistakes he and his partner Len Stuart made as they pushed to bring their gritty detective role-playing game Pixel Noir to life.

“We launched the Kickstarter for Pixel Noir on the first day of PAX East,” Majmudar said. “Our plan was to have the first person who came by our booth press the launch button, and that’s what happened. We stayed up the night before because PAX was late getting us the materials for our expo booth. So we stayed till like 9 or 10, setting up, and then we basically still had a bunch of stuff to finish for the Kickstarter. We didn’t get any sleep that night. We launched it on the first day of PAX, but as a result, that Kickstarter was 60 percent of what we wanted it to be.”

Bad timing wasn’t SWDTech’s only folly. Majmudar said he hired a freelancer to design the Kickstarter for them originally, but a miscommunication left them scrambling to complete it themselves. In the end Pixel Noir did not succeed, hitting 37 percent of its $97,000 funding goal.

After regrouping to look at what went wrong, Majmudar and Stuart found plenty of room for improvement. They revamped their rewards—perks backers get for funding the project—from physical to digital; stripped out the features that weren’t necessary to the story; and set a new goal: to make the game within the budget reached by the first Kickstarter campaign. When SWDTech relaunched a second Kickstarter in 2015, the team had a much lower number to hit, stretch goals written out in advance, and tempered expectations. Pixel Noir ended up 204 percent funded with a total of $61,212, giving SWD Tech the means to make the game it hoped for all along.

While Majmudar is happy to be on the way to the finish line, he says that the sloppy handling of projects like Mighty No. 9 has permanently altered the public perception of crowdfunding indies.

“Every project that doesn’t deliver via crowdfunding affects the brand and idea of funding video games,” Majmudar said. “Kickstarter is still a great place to go, but I think the window is closing—there’s less of a desire to back and people are getting turned off.”

What do developers need to know to succeed?

Kickstarter believes that the declining numbers are less about lost interest and more about  consumers becoming more selective about what projects to back. The numbers seem to support that idea: Indie games earned less pledges in 2015 than in previous years, but profits have nearly doubled since 2014.

“We want everyone to understand that they’re supporting the process of making a new game, not buying one,” offers Luke Crane, Kickstarter’s head of games. “There are a million places to buy games. But we happen to think that backing a creator’s project and being part of its development is vastly more rewarding.”

The comment threads for delayed games would certainly suggest otherwise. People want to be a part of the creation process, but writer and comic artist John-Charles Holmes believes what they’re really craving is a stronger sense of security. They want to feel confident in their investments. He’s working on the details of a Kickstarter he plans to launch with friends later this year, and he wants to ensure they have a workable demo before the campaign even launches.

“The reasoning is that having a practical proof of concept will help convince potential backers that we are more than just ‘idea people,’” he said. “Because everybody has an idea, and I think that’s what people are worried about. We’re also hoping having a polished, playable demo will show people not only are we capable of delivering on our premise, but also that we will deliver.”

Holmes mentions the stigma around Mighty No. 9 as well.

“I think it’s going to be impossible to outrun the fear of a game not being made or being nothing like its pitch because of it,” Holmes said. “I think the stretch goals and franchise plans for Mighty No. 9 really confused backers as to where their money went.”

With time and a few more successfully funded games, the indie scene can recover from the missteps of past Kickstarter campaigns. But that’s of little consolation for Brooks. Barring a miracle, his campaign for Grave Danger will come up well short of its fundraising goal, but he has a back-up plan. Brooks says that he plans to put the game on Steam Greenlight next, which means having both a clear release schedule and a playable demo to present to the public.

“We’ve been working on finding private investors in the case that the Kickstarter doesn’t fund,” he says. “We’ve already put a lot of resources into making this game, and stopping its development is not an option for us.”