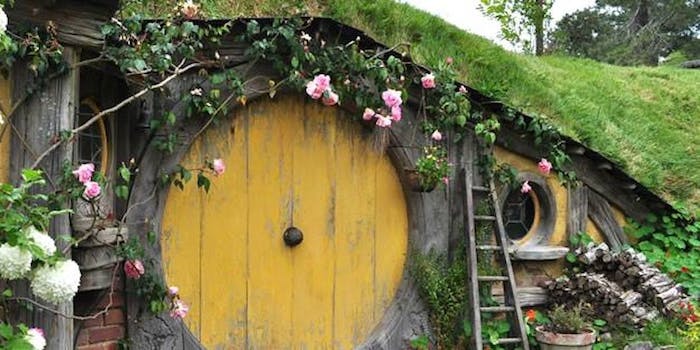 You could take a Hobbit holiday if this home gets built.

Fans of J.R.R. Tolkien’s The Hobbit and Lord of the Rings who’ve always dreamed of visiting the Shire could soon enjoy the next best thing.

It’s not Middle-earth, but one Kickstarter campaign is hoping to fund the creation of a Poddit Hole in West Stow, England, that people could rent.

Inspired by the classic Hobbit holes from Tolkien’s work, West Stow Pods wants to add “Podditon” to its current holiday accommodations. According to the tagline, at Poddit Hole Holidays you will be able to “live your fantasy halfling adventure.” They are hoping to create the most authentic house they can with the help of heritage consultant and Tolkien Society member Alan Baxter.

“We will be building on the references from the books and Tolkien’s original drawings. Following my visits to the original Hobbiton film sets in New Zealand we will be developing on some of the best ideas from the Lord of the Rings film,” explains the Kickstarter video.

The final constructed home will accommodate up to five people. A layout of the potential house can be seen in the Kickstarter video.

The project will focus on the use of natural materials for authenticity and environmental considerations.

“The project will be a sustainable development, working with specialist natural builder Jeffery Stuart Hart. The house will be a showpiece of modern, low-impact environmental building techniques and materials whilst employing the latest technology in low carbon power generation to supply under floor heating and domestic hot water,” the Kickstarter states.

Activities will be available for those who stay at the house as well. These will include a Middle-earth tour of the nearby Anglo-Saxon Village and opportunities to see other historic sights.