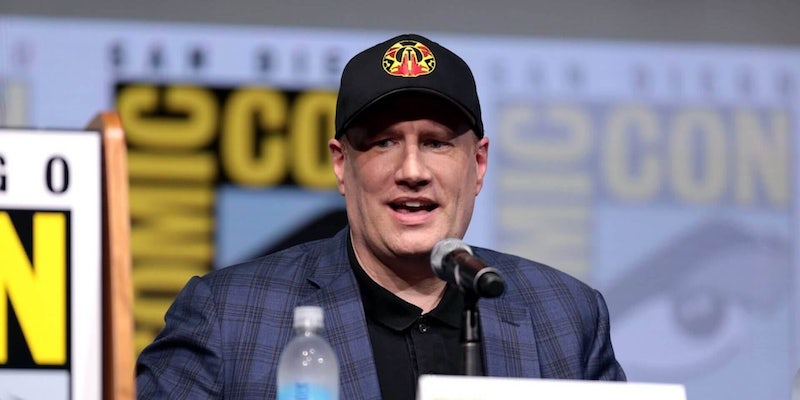 The man who built the MCU will bring his magic to 'Star Wars.'

Kevin Feige, the producer behind the entire Marvel Cinematic Universe, is reportedly working on a film for Disney‘s other A-list franchise.

Feige has been working behind the scenes on a new Star Wars movie, according to sources in the Hollywood Reporter. Feige reportedly discussed working on the franchise this summer with Star Wars boss Kathleen Kennedy and studio co-chairmen Alan Horn and Alan Bergman. When asked about the project, Horn said, “With the close of the Skywalker Saga, Kathy is pursuing a new era in Star Wars storytelling, and knowing what a die-hard fan Kevin is, it made sense for these two extraordinary producers to work on a Star Wars film together.”

If Feige wants to move on from the MCU—and there’s currently no sign that he does—then he’d have his pick of new projects. It makes sense that Disney wants to keep him in-house. He’s worked exclusively on Marvel films and TV since the start of his producing career in 2000, launching the MCU with Iron Man in 2008. The MCU is pretty different in tone and production style compared to Star Wars, but Feige is still the undisputed king of franchise entertainment in Hollywood.

The future of the Star Wars franchise is still mostly under wraps, with Disney waiting until after The Rise of Skywalker to make any new announcements. At the moment we know that Last Jedi filmmaker Rian Johnson will write and direct the first film in a new trilogy, and the showrunners of Game of Thrones will write and produce a trilogy released in 2022, 2024, and 2026. And of course, there are the upcoming shows on Disney+, starting with The Mandalorian this November.

Following the release of Solo, there was a sense that Disney had pushed ahead too fast with spinoff movies. It looks like the franchise may go back to its previous state of only releasing major “event” movies once a year, meaning the Star Wars brand will still seem like a bigger deal than Marvel or DC.

The content of Feige’s Star Wars film is obviously unknown, but it will be interesting to see if he’s working on a new idea (like Rian Johnson’s next film) or adapting something from the Star Wars extended canon, which would be closer to his Marvel wheelhouse.
READ MORE:
Want more reviews and interviews from Gavia Baker-Whitelaw? Sign up here to receive her biweekly geek culture newsletter.
H/T the Hollywood Reporter
Share this article